Israeli warplanes have launched a series of air raids on Gaza City, medics and witnesses have said.

Saturday’s airstrikes were carried out on different targets in northern and central Gaza Strip as well as in Gaza City.

Three of the raids targetted bases of the Izzedine al-Qassam Brigades, the armed wing of Hamas, which controls the Gaza Strip.

These attacks caused  significant damage both to the targets and to neighbouring houses. Two other raids targetted the north and south of the city.

An Israeli army statement said it had carried out three air raids, and two had targeted “terrorist targets” in the central Gaza Strip.

A third had been on a tunnel intended for armed raids into Israel or operations against army positions along the border with the Gaza Strip, the statement said.

The army said the raids had come after a rocket was fired on Saturday from the Gaza Strip into southern Israel.

“This morning a rocket fired from Gaza fell in the western sector of the Negev [desert in southern Israel], without causing any casualties or damage,” an army spokeswoman said earlier.

The attacks have continued despite calls by Hamas for armed groups to respect a truce with Israel. 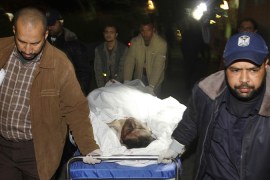 One killed in renewed Israeli bombing campaign against the densely populated coastal region. 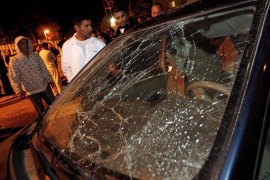 Rocket from Gaza lands in Israel

There was no casualty but Israel responded with a number of air strikes in Gaza Strip.