Thousands of anti-government demonstrators have gathered in Bahrain, as protests in the Gulf nation continue for almost three weeks.

At the same time, protesters rallied outside the headquarters of Bahrain’s state television building in Madinat Isa, 15km south of the capital.

Friday’s demonstrations, both calling for political reforms, came a day after sectarian clashes between members of the country’s Sunni and Shia communities.

Demonstrators in Madinat Isa chanted slogans against the Sunni dynasty that has ruled the majority Shia population for more than 200 years.

Protesters claim widespread discrimination against Shias by the government and have demanded a greater voice in the nation’s affairs.

“I will consider any attack against anyone in this country as an attack against me,” Sheikh Ali Salman, the head of the Islamic National Accord Association (INAA), the main Shia political formation, told thousands of demonstrators marching on the King Faisal Corniche in Manama.

Shias should guarantee the safety of every Sunni family, and Sunnis should do the same for the Shias, Salman said.

His remarks came after residents of Hamad Town, south of Manama, said police had intervened to break up the Sunni-Shia clashes late on Thursday, the first such incident since protests began.

A local newspaper, Al-Ayam, reported that police intervened with tear gas, and two people were injured in the clashes.

Abdul Jalil Khalil, a senior leader of the Shia opposition, said on Thursday that they were prepared to accept the ruling family’s offer of entering into a dialogue to address their political greivances.

“We will talk to the crown prince, but we are not going to sit together for a casual chat, but for a meaningful dialogue only,” said Khalil, a leader of Bahrain’s main oppostion Al Wefaq bloc.

Khalil said no date had been set for the talks, which will be held with Crown Prince Salman bin Hamad al Khalifa.

Six opposition groups have set conditions for the dialogue, which have been received by the prince, the government confirmed.

A government statement said that despite “substantial differences between the various groups and parties”, a “political consensus” must be reached.

The conditions include the abolition of the 2002 constitution and “the election of a constitutional assembly for drafting a new basic law” for the country, an opposition spokesman told journalists on Thursday.

One of the other major discussion points during talks will be the opposition’s earlier stated demand that the current government be replaced in response to the killing of protesters who turned out in mass demonstrations which began on February 14. 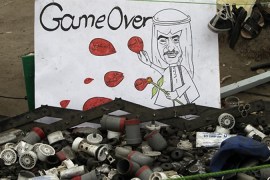 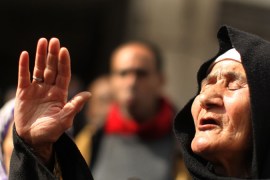 Democracy is no panacea

It will be harder for the people of the Arab world to uproot a corrupt economic regime than to topple a dictator. 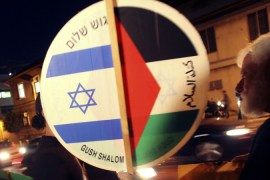