Myanmar has dissolved its ruling military government and sworn in a new president as part of a transfer of power to a nominally civilian government.

Shortly after the ceremony, state television announced that the country’s military government had been disbanded.

“Since the next cabinet was sworn in, the [State Peace and Development Council] SPDC has been officially dissolved,” state television reported, quoting an order signed by senior General Than Shwe.

Than Shwe, who has ruled the country with an iron fist since 1992, was referred to only as “chairman of the SPDC” in the report.

An official said a new army chief attended the inauguration ceremony, in an apparent indication that Than Shwe had been replaced.

Than Shwe is expected to remain a dominant force despite the election of Thein Sein as president.

Thein Sein, who shed his army uniform to contest controversial elections last year, was chosen in February to become the military-run country’s first civilian president in half a century.

His inauguration is the latest step in Myanmar’s so-called transition to democracy, which critics have called a sham designed to cement military rule.

“Altogether 58 new cabinet members including the president, two vice-presidents, officials and ministers were sworn in this morning at the Union Parliament” in Naypyidaw, the Associated Press news agency quoted an unnamed official as saying.

The SPDC, previously known as the State Law and Order Restoration Council, seized power in 1988, but Myanmar has been under military authority since 1962.

Ceremonies were held across the country on Wednesday as the names of government offices were changed to reflect the new political system, which came into effect after an election last November that critics say was a sham.

The party of Nobel laureate Aung San Suu Kyi, which won the last elections in 1990 but was blocked from taking power by the military, boycotted November’s vote, calling it unfair. 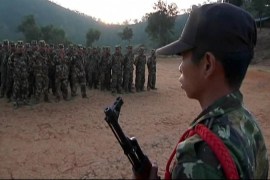 Armed insurgents sound off warning that violence will intensify unless dialogue begins with ethnic groups. 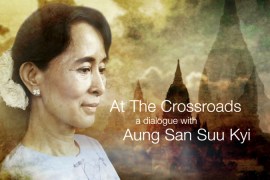 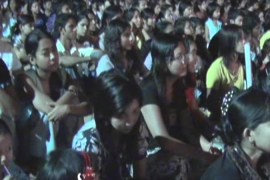