Indian investigators probing the 2008 attacks on Mumbai will be allowed to pursue their inquiries in Pakistan.

Pakistan conceded to India’s demand that it allow its investigators into Pakistan to investigate the terror attacks that killed 166 people.

“Pakistan conveyed its readiness, in principle, based upon the principle of comity and reciprocity, to entertain a commission from India with respect to Mumbai terror attack investigations,” read a joint statement at the end of bilateral talks on Tuesday.

Dates for the visit, however, will be decided within four to six weeks, according to the statement issued in New Delhi.

The announcement came a day after India and Pakistan began their first formal peace talks since the 2008 attacks, in a bid to repair frayed relations.

Ties were broken off after the three-day shooting spree in India’s commercial capital, an attack that India has blamed on Pakistan-based fighters. India has accused Pakistan of not doing enough to bring the perpetrators of terror to justice.

The two sides also agreed to set up a hot line to discuss terror threats in “real time”.

The bilateral talks involved discussion on counter-terrorism, drugs, and a possible prisoner exchange.

This week’s dialogue will pave the way for a ministerial meeting in July to discuss issues such as the disputed territory of Kashmir and efforts to clamp down on terrorism in what is known as the “composite dialogue”.

The end of the two-day talks comes just a day before the two sides will square off on the cricket pitch in the hotly anticipated World Cup semi-final, where Manmohan Singh, the Indian prime minister will host his Pakistani counterpart Yusuf Raza Gilani in a diplomatic push.

In a goodwill gesture ahead of the cricket match, Asif Ali Zardari, Pakistan’s president, will also free an Indian national, Gopal Das, who has been in a Pakistani prison for 27 years as an alleged spy. 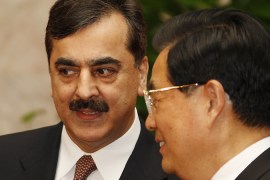 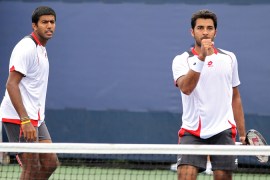 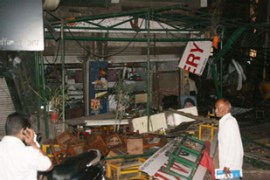