The situation at Japan’s damaged nuclear power plant is still serious but does not appear to be deteriorating, the United Nations nuclear agency has said, after emergency workers took drastic action to avert a meltdown.

Graham Andrew, a senior official at the International Atomic Energy Agency (IAEA) said on Thursday that the number 4 reactor at the Fukushima Daiichi plant, which authorities have tried to pour water on, was a “major safety concern”.

“The current situation at the Fukushima Daiichi plant remains very serious … [but] there has been no significant worsening since yesterday,” he told a news conference in Vienna, the Austrian capital.

He spoke as Yukiya Amano, the IAEA director general, set off for Tokyo to assess the deepening nuclear crisis.

Emergency workers in Japan have been using unconventional methods to bring the quake and tsunami-hit reactors in the country’s northeast under control amid fears of a nuclear meltdown.

Military helicopters, trucks, water cannon and fire engines were used to pour tonnes of seawater on the reactors but the methods did not appear to have any immediate effect. An attempt to re-connect the cooling pumps to an outside electricity supply were also delayed until Friday.

Tokyo Electric Power Co (TEPCO), which operates the plant, said it believed workers were making headway in staving off a catastrophe, saying the moves were a “a first step toward recovery”.

Teruaki Kobayashi, a facilities management official at the power company said radiation levels “have somewhat stabilised at their lows” and that some of the spraying had reached its target, with one reactor emitting steam.

But Al Jazeera’s Andrew Thomas, reporting from Osaka, said “four flights were made and of those water-drops by the helicopters, only one hit its target”.

Cooling functions at the Fukushima Daiichi plant, about 220km north of Tokyo, have been damaged following last week’s massive earthquake and subsequent tsunami, which has killed more than 10,000 people.

Thursday’s dousing was aimed at the fuel-rod pools at the number 3 and 4 reactors, which may be boiling and are not fully covered by roofs that would reduce radiation leaks.

TEPCO said earlier that the number 3 reactor, which uses a fuel that combines plutonium and reprocessed uranium, had nearly emptied its cooling pool, which could cause the fuel rods to overheat and emit more radiation.

The government’s Nuclear and Industrial Safety Agency said two radioactive substances, cesium and radioactive iodine, have been detected near the Fukushima number 1 reactor, which could indicate that some of the metal containers of uranium fuel may have started melting.

US officials also said the water had disappeared from the number 4 reactor’s pool, and that any worker close to the building could be exposed to lethal doses of radiation.

A core team of 180 emergency workers has been rotating in and out of the Fukushima complex to avoid exposure, but experts have said that anyone working close to the reactors was almost certainly being exposed to radiation levels that could, at least, give them much higher cancer risks.

Paul Carroll, a programme director at Ploughshares, an international nuclear security foundation, told Al Jazeera that the engineers at the plant are doing heroic work.

“In order to be adequately protected from the radiation they would need to have essentially leaded shielding. If that is what they are equipped with, it would make it extremely difficult for them to actually move around.

“I suspect that these are almost – I hate to say it – suicide missions. These workers have signed up for a mission that puts themselves behind their countrymen,” Carroll said.

Imad Khadduri, a nuclear scientist based in Qatar, told Al Jazeera that Japanese authorities are “thinking of bringing in retired workers to the plant because they have a short lifetime left”.

“People who are exposed to such high levels of radiation can only do that for a certain period before developing radiation sickness and will have to be replaced,” Khadduri added.

Meanwhile Japanese authorities have asked the European Union for humanitarian aid to help with the aftermath of the massive earthquake.

“Given the enormous difficulties in delivering assistance, Japan asked us to co-ordinate and bring together” relief in Europe, with a team at the other end working hand in hand with the Japanese Red Cross, Kristalina Georgieva, EU humanitarian aid commissioner, said on Thursday.

A team of civil protection experts was readying to fly to Japan to coordinate logistics for European relief, she added.

France is sending a plane carrying 100 tonnes of boric acid, an element that absorbs radiation, and is also preparing to fly out teams and material to help TEPCO with the crisis, the foreign ministry said.

The French government has also offered to help treat in France any Japanese who might be affected by radiation poisoning should Japanese facilities become unable to cope, Claude Gueant, the interior minister, said.

The US has also approved up to $35m in humanitarian aid to Japan, and said a nine-member military team specialising in nuclear and bio hazards would be sent to advise the Japanese military. 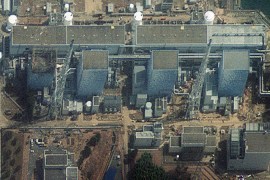 Workers at Fukushima nuclear plant return to work after high radiation forced them to briefly abandon their posts. 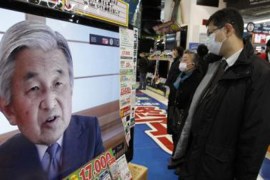 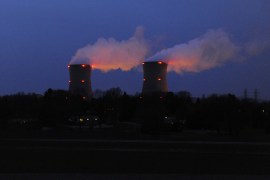 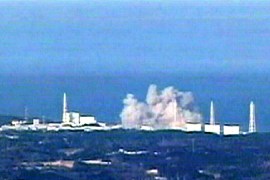