Renault, the French carmaker, has issued a public apology to three executives accused of industrial espionage after it emerged that there was no evidence against them.

Jean-Claude Marin, the Paris prosecutor, said on Monday that bank accounts in Switzerland and Liechtenstein, alleged to have belonged to the executives and seen as key to the case, did not exist.

Michel Balthazard, Bertrand Rochette and Matthieu Tenenbaum, three Renault executives, were suspended earlier this year after the carmaker, acting on an anonymous accusation, said it had discovered signs of spying into its development of electric cars.

The three men had denied any wrongdoing and investigators could not verify the allegations.

Carlos Ghosn, Renault’s chief executive, and Patrick Pelata, the chief operating officer, apologised to the three former executives, pledging to repair the injustice against them after they were fired in January.

“They [Ghosn and Pelata] are committed that reparations be made to the three executives, and that their honour in the public eye be restored,” Renault said in a statement.

Ghosn later told TF1 television that he and Pelata would forego their 2010 bonuses and that Renault would review its security procedures in the wake of the embarrassing affair.

He also said Pelata had offered his resignation but that it had been refused.

Prosecutor Marin said that Renault may have been the victim of fraud rather than industrial espionage and noted that a member of Renault’s security service had been arrested.

Dominique Gevrey, who was once employed by the French defence ministry intelligence service, was detained on Friday at Paris’ Charles de Gaulle airport as he prepared to board a flight for Guinea, and has since been jailed.

Jean-Paul Baduel, Gevrey’s lawyer, insisted that his client was innocent, saying in an interview that he was “nothing but a little soldier”, and denouncing Renault’s “paranoia”.

The case involving the three executives made international headlines when a government source suggested investigators were following up a possible link with China before a formal inquiry was launched.

China angrily denied any involvement and the issue was subsequently played down by both Renault and the French government.

The carmaker also came under fire for carrying out its own investigation into the suspected spying before informing the authorities of its fears. 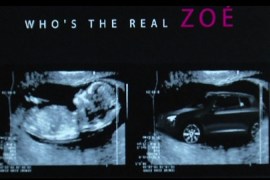 Parents of girls named Zoe Renault bring company to court over fears their children would be teased. 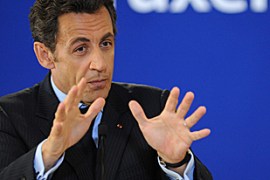 EU seeks explanation as carmaker moves some production from Slovenia to France.