Three days after a devastating earthquake hit Japan, the stock market in Tokyo reopened on Monday – and its performance shows just how big the damage to the country’s economy could be.

Share prices on the benchmark Nikkei ended the day more than six per cent down.. Moving quickly to try to keep financial markets stable, the Bank of Japan said it will inject $183bn into the money market to try to bring some stability.

On the brighter side, foreign aid has begun arriving.  A US naval ship is being used to help send out supplies and an aircraft carrier is also on its way to help.

But millions remain without electricity, and there are growing fears about the safety of the Fukushima nuclear plant where a state of emergency is in force.

All this leaves Japan facing its worst crisis since the second world war, according to the country’s prime minister, Naoto Kan.

For their part, nuclear plant engineers  were frantically working to keep temperatures down in a series of reactors, as the possibility of a nuclear disaster threatened to complicate matters.

Authorities declared a state of emergency at a nuclear facility in the town of Onagawa on Sunday after excessive radiation levels were recorded there, the UN’s International Atomic Energy Agency said.

Engineers are facing fears of a partial meltdown in two reactors at the Fukushima Dai-ichi nuclear plant.

Smoke was seen rising on Monday from the No 3 reactor at the nuclear plant, domestic media images showed. The fresh explosion did not damage the reactor vessel, the Japanese news agency Jiji said quoting the plant’s owner, Tokyo Electric Power Co.

Operators had earlier halted injection of sea water into the reactor, resulting in a rise in radiation levels and pressure.

The government had warned that an explosion was possible because of the build-up of hydrogen in the building housing the reactor.

About 170,000 people have been ordered to evacuate the area covering a radius of 20km around the plant.

Thousands of people have been taken to emergency shelters along Japan’s northeastern coast as strong aftershocks continue to shake the main island.

On Monday, soldiers and officials warned residents that the area could be hit by another tsunami and ordered residents to higher ground.

Sirens around the town of Soma went off late on Monday morning and public-address systems ordered residents to higher ground.

He also said Japan is at risk of large-scale power outages and must save energy after the earthquake shut down some atomic power plants.

The quake and tsunami damaged three reactors at the Fukushima Dai-ichi nuclear plant, which lost their cooling functions necessary to keep the fuel rods working properly.

Ilham al-Qaradawi, a professor of nuclear physics at Qatar University, told Al Jazeera that even if a meltdown occurs, it might not necessarily become dangerous.

“It depends on how this is going to be contained by the containment of the reactor,” she said.

“It could be that the reactor core would be completely damaged but there is no releases of radioactivity and that’s the important part.

“Chernobyl is a much worse situation than this case. Despite the slight release of radiation I think these reactors have proven to be very good reactors … so far in terms of radiation, contamination has not been very pronounced.”

Operators released slightly radioactive air from Unit 3 on Sunday, while injecting water into it as an effort to reduce pressure and temperature to save the reactor from a possible meltdown, Edano said.

A meltdown refers to a very serious collapse of a power plant’s systems and its ability to manage temperatures.

A complete meltdown would release uranium and dangerous byproducts into the environment that can pose serious health risks.

The warning from Edano, the chief cabinet secretary, of the risk of a second explosion at the Fukushima plant came a day after a blast destroyed the building housing another reactor.

He said radiation levels briefly rose above legal limits, but that had since declined significantly.

On Saturday, an explosion destroyed the building housing the Unit 1 reactor but not the reactor itself, which is enveloped by stainless steel 15cm thick.

The cause of the blast was apparently a reaction of hydrogen and oxygen as some hydrogen gas was released to relieve pressure inside the reactor.

Officials have said radiation levels at Fukushima were elevated before the blast. At one point, the plant was releasing each hour the amount of radiation a person normally absorbs from the environment each year.

Officials said 22 people were known to have been exposed to radiation.

Virtually any increase in dispersed radiation can raise the risk of cancer, and authorities were planning to distribute iodine, which helps protect against thyroid cancer. 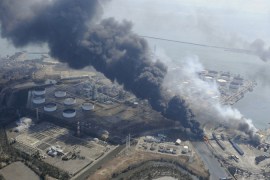 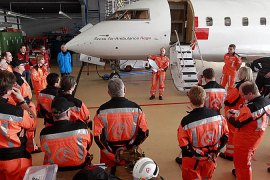 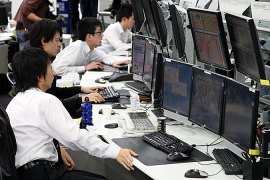 Prime minister Naoto Kan calls for extra budget to help “save the country” after devastating earthquake and tsunami. 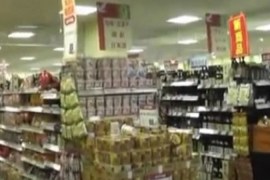