China will be facing tough choices in trying to strike a balance between creating jobs and cooling inflation, its premier has said as he urged economic and political reforms.

Wen Jiabao, however, denied that his government risks the possibility of civil unrest similar to that seen in parts of the Middle East.

He said the first half of the year would be a tricky time for steering the world’s second-biggest economy.

The Chinese premier was speaking on Monday at the end of the annual National People’s Congress – the Chinese parliament – which approved the country’s next five-year development plan.

China’s leaders fear rising inflating – which topped expectations at 4.9 per cent in the year to February – could fan discontent and erode the standing of the ruling Communist Party.

“Inflation is like a tiger. Once you let it out, it’s very hard to cage again,” he told a news conference at the end of the session.

Reiterating that controlling inflation was China’s top priority, Wen said the government would succeed in its work.

“I only want to say that we are confident that we can manage inflationary expectations properly,” he said. “We can’t rest easy about prices.”

The Chinese premier blamed external factors as a major cause of inflation, including loose monetary policies in other countries, high global commodity costs and rising wages in China.

“Imported inflation is having a big impact on China, and that’s something we cannot easily control,” he said in a thinly-veiled swipe at the United States.

Urging carefully controlled political adjustments, Wen warned that any reform in the government had to match economic growth to avoid public discontent over official corruption and income inequality.

“I take the view that at present corruption poses the biggest danger; to eliminate the breeding ground of corruption, we should pursue institutional reforms,” said Wen, adding that the party will maintain control of any reforms.

“Wen was deeply concerned about the economy and had at one point obliquely blamed the United States for the global financial crisis.

“On the issue of the Chinese currency, he indicated that the UN would be more flexible in the future, saying that the ultimate goal would be to de-peg the yuan from the US dollar though he would not give a timetable.” 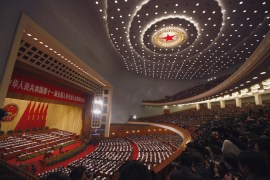 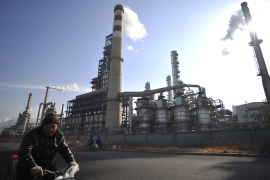 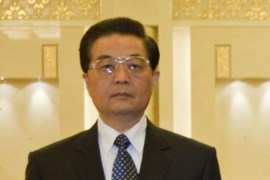 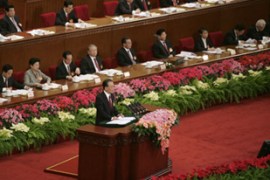