Thai and Cambodian soldiers exchanged fire for a second day on Saturday on their border in a brief clash that killed a Thai soldier, the latest flare-up in a long-running feud over land around an 11th-century temple.

The fighting damaged the temple and forced thousands of people to flee. The Thai government said 3,000 civilians were evacuated during Friday’s fighting.

Thai army spokesman Colonel Sansern Kaewkamnerd confirmed the death of one of its soldiers.

The neighbours fought with rocket-propelled grenades and guns for about 25 minutes from 6:15 am local time (2315 GMT on Friday) before reaching a ceasefire in the early afternoon and agreeing not to reinforce troops, the spokesman said.

This follows an intense two-hour clash on Friday in which three Cambodians, including two soldiers, and a Thai villager were killed, the first fatalities in the militarised border area since a Thai soldier was shot dead on January 31, 2010.

Cambodian government spokesman Phay Siphan said one of the Cambodians killed on Friday was a tourist visiting the temple overlooking northern Cambodia. He said 10 Cambodian soldiers were wounded, but there were no fatalities on Saturday.

The Thai Foreign Ministry accused Cambodia of engaging in “an act of aggression” in “violation of Thai sovereignty and territorial integrity”. Cambodia accuses Thailand of invasion and filed a complaint with the UN Security Council.

The clashes come after a Cambodian court on Tuesday handed down jail terms of six and eight years to two Thai activists found guilty of trespassing and spying in the border region, a verdict that has angered some in Thailand.

Southeast Asia’s regional grouping Association of South East Asian Nations (ASEAN), of which both Thailand and Cambodia are members, said the deteriorating situation was undermining confidence in the region and would affect its economic recovery.

Surin Pitsuwan, ASEAN secretary-general said in a statement, “The situation has escalated into open conflict. And that will definitely affect our economic development, confidence in our region, and tourism and prospects for foreign investment, which have just been picking up in light of the world economic recovery.”

Surin, a former Thai foreign minister, said he had been in touch with both sides who he understood welcomed ASEAN mediation.

The issue was virtually dormant until Cambodia successfully applied in 2008 to UNESCO to have the temple declared a World Heritage site, an application backed by the government in power in Thailand at the time.

Tensions between the Southeast Asian nations have risen in recent days because of pressure from powerful pro-establishment “yellow shirt” nationalist groups that have been urging Bangkok to oust Cambodians from land near Cambodia’s Preah Vihear temple that they claim is actually part of Thailand.

The temple, known as Preah Vihear in Cambodia and Khao Phra Viharn in Thailand, sits on land that forms a natural border and has been a source of tension for generations.

The International Court of Justice awarded it to Cambodia in 1962 but the ruling did not determine the ownership of the scrub next to the ruins, leaving considerable scope for disagreement. 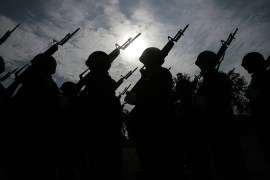 Deaths reported during raid on military camp in Narathiwat by fighters who also stole arms and ammunition. 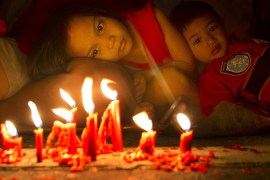 Thailand to end state of emergency