In his address, during Friday prayers at Tehran University in Iran’s capital, he said that people are witnessing the reverberations of Iran’s 1979 Islamic revolution.

“The awakening of the Islamic Egyptian people is an Islamic liberation movement and I, in the name of the Iranian government, salute the Egyptian people and the Tunisian people,”he said.

Khamenei has urged Egypt’s protesters to follow in the footsteps of the Iranian revolution which toppled a pro-US leader and installed an Islamic Republic, calling on Egyptians to unite around religion.

He said events in Tunisia and Egypt, were a sign of “Islamic awareness” in the region and that these movements will spell an “irreparable defeat” for the United States.

Khamenei added that the Egypt’s embattled president, Hosni Mubarak, is a “servant” of Israel and the United States.

“Not only he is not anti-Zionist, but he is the companion, colleague, confidant and servant of Zionists. It is a fact that Hosni Mubarak’s servitude to America has been unable to take Egypt one step towards prosperity.”

The spiritual leader’s remarks were received by cheering crowds of worshippers who, raising their hands, chanted “Death to America! Death to Israel!”

The sermon marked the first time in seven months that the leader has addressed the weekly Friday prayers, and came as protesters were massing in Egypt to participate in “departure day” demonstrations to force Mubarak to quit.

“Today’s events in North Africa, Egypt and Tunisia and some other countries have different meanings for us,” Khamenei said.

“This is what was always talked about as the occurrence of Islamic awakening at the time of the Islamic revolution of the great Iranian nation and is showing itself today.”

Top Iranian officials have supported the protests in Egypt and have warned Tehran’s arch-foe Washington against “interfering” in what they say is a movement of the people.

Khamenei said that Israel was the country most concerned about the Arab revolts.

“Today more than the fleeing Tunisian and Egyptian officials, Israelis and the Zionist enemies are the most worried about these events as they know if Egypt stops being their ally and take its rightful place, it would be a great event in the region,” he said.

Dorsa Jabbari, Al Jazeera’s correspondent in Tehran, said Khamenei “is asking them to follow through what he is calling a real earthquake in the region”.

The Iranian people are supporting the uprising in Egypt as “they believe that it has been long time in the making and it is about time that [the Egyptian] people put an end to the dictatorship in their country”, our correspondent said.

“They [the Iranians] see the events as extremely significant as they feel that it is the opportunity to change the religious field in the region.” 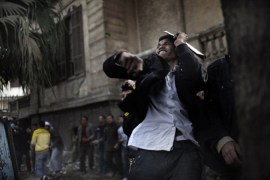 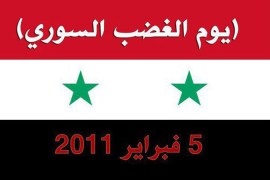 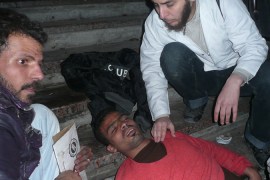