Here is a look at some of the most influential figures within Gaddafi’s inner circle – who, between them, are understood to wield significant military, security or political power. Their actions are seen as crucial to the tightness of Gaddafi’s control over Libya – over the past decades, today, and in the immediate future.

Secretary of the General People’s Committee (Prime Minister) since 2006. The 59-year-old chairs the oil and gas council and the Libya Investment Authority, one of the world’s largest sovereign wealth funds and reportedly the holding company which manages Gaddafi’s wealth. He is also a member of revolutionary committees and is involved in past violence. He is one of the 16 senior administration figures slapped with a travel ban by the United Nations Security Council.

Minister of Foreign Affairs. He is a former head of external intelligence and negotiated Libya’s normalisation pact with the US and European powers.

Right hand man and brother-in-law to the Libyan leader – and director of Military Intelligence. The 61-year-old’s past history includes a suspected involvement in the Abu Selim prison massacre. He was convicted in absentia for the 1989 bombing of UTA flight 772, in which 170 people died. He was also included in the UN’s travel ban.

Head of Muammar Gaddafi’s personal security and responsible for the regime’s security. Yusef, 65, has a history of directing violence against dissidents. Also banned from leaving Libya by the UN Security Council.

The director of the External Security Organisation. Umar is a regime loyalist, heads the external intelligence agency and is a former envoy to the UN – who, on Saturday, banned him from travelling.

Secretary for Utilities. Matuq is a senior member of the regime and is involved with the Revolutionary Committees. The 59-year-old’s history of involvement in violence and suppression of dissent earned him a place on the Security Council’s travel ban list.

Khamis is the 33-year-old son of Muammar Gaddafi and commands military units involved in the repression of demonstrations. Banned from travelling by Saturday’s UN Security Council resolution, which also ordered a freeze on his assets.

National Security Adviser and son of Muammar Gaddafi. The 35-year-old’s closeness with the regime led to the UN giving him a travel ban and inclusion in the asset freeze.

Commander of special forces and 37-year-old son of the Libyan leader. His command of military units involved in repression of demonstrations led to his inclusion in the regime travel ban – but the Security Council decided not to include him in the family asset freeze.

Director of the Gaddafi Foundation and Muammar Gaddafi’s 39-year-old son. Responsible for inflammatory public statements encouraging violence against demonstrators, he has had his assets frozen and banned from travelling by the UN resolution.

Formerly the second in command in Libya after leading the 1969 coup with Gaddafi. A former prime minister and interlocutor with western powers in the 1970s and 1980s. Has not been heard from since the beginning of unrest and is rumoured to have submitted his resignation – and/or to be under house arrest.

Member of the Revolutionary Command Council and part of the cadre which led the 1969 coup. He is a former head of military intelligence and an interlocutor with the Arab countries until the 1990s. He has also not been heard from since the beginning of the unrest and is rumoured to have submitted his resignation and/or to be under house arrest.

Member of General Provisional Committee for Defence. He is a member of the Revolutionary Command Council and led the 1969 coup with Gaddafi. He has also not been heard from since the beginning of the unrest and is rumoured to have submitted his resignation and/or to be under house arrest.

Spiritual leader and voice of the revolutionary committees’ movement, became minister of education for a while and recently spearheaded attacks on attempts to reform the government. 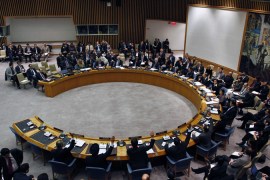 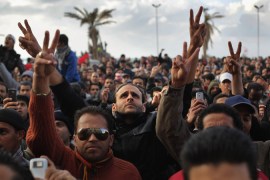 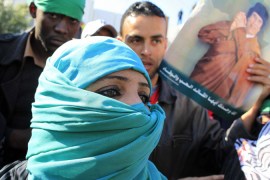 Libyan leader continues to blame foreigners and al-Qaeda for the unrest that is threatening his 41-year rule. 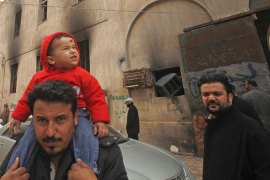