A suicide bomber has blown up a car outside a shelter housing police officers in the northern Iraqi city of Samarra, killing at least 10 policemen and wounding 15 others, police and hospital sources have said.

The victims of Monday’s attack were members of an elite special weapons squad sent to the city to protect shrines during a recent Shia religious ceremony.

The attacker stopped the car in front of a shelter where the Special Weapons and Tactics (SWAT) team from southern Maysan province was staying.

“The casualty toll could rise as ambulances are still evacuating the wounded,” a police officer said.

Shia pilgrims flocked to Samarra earlier this month to commemorate the death of the imam for whom a mosque in the city is named, and extra forces were brought in to beef up security in the city.

No group has yet claimed responsibility for Monday’s bombing, but Niyaz Oglu, a member of the area’s provincial council, accused al-Qaeda in Iraq of organising the attack.

“They are taking revenge on the security forces that have foiled their attempts to ignite sectarian violence,” he said.

The attack comes nine days after a suicide bomber targeted Shia pilgrims returning from a religious ceremony at the city’s al-Askari mosque. Thirty-six people were killed in that attack.

Overall, violence has dropped sharply in Iraq since the height of sectarian violence in 2006-07, but bombings and other attacks are still a daily occurrence.

Iraq has seen an average of about 12 attacks a day in recent months, US military officials have said. 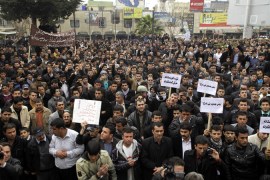 Reports of deaths as thousands turn out to demand better service delivery and jobs from government. 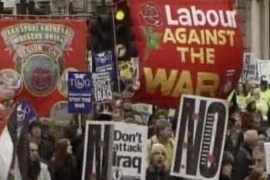 Man who claimed that Iraq had WMD prior to the 2003 US invasion has admitted that he fabricated lies. 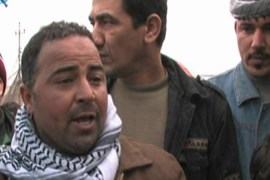 Ongoing protests in Egypt are inspiring anti-government demonstrations in Iraq.