A US drone strike has killed at least seven people in a tribal region along Pakistan’s western border, Pakistani officials have said, the first such attack in a month.

The attack is likely to further test diplomatic ties between Washington and Islamabad, following the shooting last month by a US offiical of two men he says were trying to rob him in Lahore.

At least four missiles were fired on Monday from the unmanned aircraft at a suspected training centre for fighters in Azam Warsak, just west of Wana, the main town in the South Waziristan tribal agency, intelligence officials in South Waziristan said.

“According to initial reports there were foreigners among the dead,” one of the officials said.

A second official said the foreign nationals killed included three people from Turkmenistan and two Arab nationals.
It is the first time since January 23 that intelligence officials have reported a US drone attack, marking a resumption of a campaign that has become the centrepiece of Washington’s efforts to halt fighter launching attacks on its soldiers in Afghanistan.

While the drone strikes have killed al-Qaeda and Taliban figures, many of the senior fighters are living in cities like
Quetta or Karachi that Pakistan has made off-limits to strikes.

Many analysts believe Washington halted the attacks to avoid further inflaming anti-American fury in Pakistan as it pressures Islamabad to release the US official, named Raymond Davis, a US consulate employee who was imprisoned following the shooting.

Others speculate the pause was due to poor weather or an inability to find reliable targets as fighters hunt down
Pakistanis they believe are feeding intelligence information.

The US, which provides Pakistan with billions of dollars a year in military and civilian aid, is leaning hard on the government of Asif Ali Zardari, Pakistan’s president, to release Davis on the grounds that the US national is shielded by diplomatic immunity.

The Pakistan government faces a difficult decision, with protesters burning US flags and demanding Davis be tried for murder in local courts.

The drone attacks are seen as both a risk and a necessity for Pakistan, under pressure from its chief ally in the West to combat fighters while also facing mounting resentment from Pakistanis who decry the government for bowing to US wishes.

There is also debate over the effectiveness of the strikes. 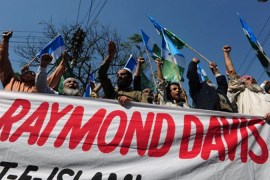 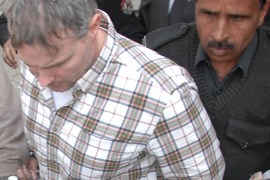 US threatens to cut aid to Pakistan