The cabinet of the Palestinian Authority (PA) led by Salam Fayyad, the prime minister, has resigned and President Mahmoud Abbas has accepted the resignations, officials have said.

Following the resignations on Monday, Abbas re-assigned Fayyad to form the new government.

Abbas directed Fayyad to consult with different Palestinian factions, institutions and members of the civil society. He thanked Fayyad and the members of his ex-cabinet for their efforts.

The resignations came amid calls for reform in the Arab world, triggered by the ouster of Hosni Mubarak, the Egyptian president, after a popular revolt.

The shake-up was long demanded by Fayyad and some in Abbas’ Fatah faction.

“The cabinet resigned today and the formation of a new cabinet will take place as soon as possible,” Ali Jarbawi, minister of planning, told Reuters news agency.

Al Jazeera’s Cal Perry, reporting from Ramallah, said: “The new government will take shape over the next two weeks, it will be interesting to see which Fatah members take which portfolio.

“Some of the most powerful portfolios include, the foreign ministry, the justice ministry, the interior ministry…these are the ones that we will see some backroom bargaining for.”

Monday’s development follows the resignation of Saeb Erekat, the Palestine Liberation Organisation’s chief negotiator, on Saturday, after it emerged that the source of the Palestine Papers, a set of leaked documents that was released by Al Jazeera, was in his own office.

The leaks showed the concessions that Palestinian negotiators were willing to grant to Israel, contrary to their public posture.

Bankrolled by international donors and engaged in security co-ordination with Israel, the Palestinian Authority has a limited mandate in the occupied West Bank. It lost control of the Gaza Strip to rival group, Hamas, in a 2007 civil war.

Abbas’ credibility has been further sapped by long-stalled negotiations with Israel on an accord founding a Palestinian state. Hamas spurns permanent co-existence with the Jewish state.

Of the 24 posts in Fayyad’s outgoing cabinet, only 16 were staffed. Two ministers resigned and six are marooned in Gaza. Of those present in the cabinet, some face allegations of incompetence.

The PA announced on Saturday it would seek new legislative and presidential elections by September.

Hamas has rejected the call and said it would not take part in the poll, nor recognise the results. 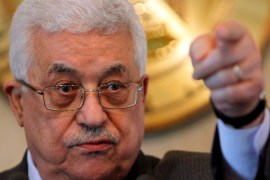 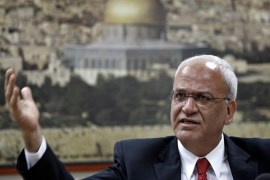 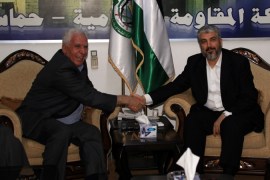 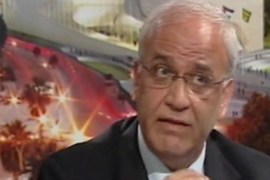