Bahrain’s security forces have set up checkpoints to monitor people’s movements as opposition groups blanketed social media sites with calls to stage the first major anti-government protests in the Gulf since the uprising in Egypt.

Units patrolled shopping centres and other key spots in a clear warning against holding Monday’s rally, which has been the focus of social media appeals and text messages for more than a week.

One cartoon posted on a Bahraini blog showed three arms holding aloft a mobile phone and the symbols of Facebook and Twitter.

The decision by Shia-led opposition groups and others to call for demonstrations on February 14 is symbolic as it is the anniversary of Bahrain’s 2002 constitution, which brought some pro-democracy reforms such as an elected parliament.

A Facebook page calling for a revolution in Bahrain on Monday has nearly 14,000 followers, and an emailed schedule of protests and demonstrations is also being circulated.

The developments came as riot police clashed with a small group of youths who staged a march following a wedding ceremony in Karzakan, a Shia village in the west.

An AP photographer said he had seen several people injured and others gasping from tear gas.

Bahrain’s Sunni rulers have already given out cash and promised greater media reforms in an effort to quell discontent.

In an open letter to the king, the Bahrain Centre for Human Rights has called for wide-ranging reforms to avoid a “worst-case scenario”, including the dismantling of the security forces, the prosecution of state officials for abuses and the release of 450 jailed activists, religious leaders and others.

The tiny kingdom is among the most politically volatile in the Gulf and holds important strategic value for the West as the home to the US Navy’s 5th Fleet.

Bahrain’s Shias , which account for nearly 70 per cent of the total popualtion, have long complained of systematic discrimination by the ruling Sunni dynasty, whose crackdown on dissent last year touched off riots and clashes.

Bahrain’s leaders have stepped in with some concessions to try to defuse tension.

Government media monitors began talks on Sunday with newspaper publishers and others to draft new rules to limit state controls.

Activists and rights groups have often had to contend with widespread blocks on websites and blogs.

On Friday, hundreds of Bahrainis and Egyptian nationals went out in the streets chanting and dancing near the Egyptian Embassy in Manama moments after Hosni Mubarak stepped down as Egypt’s president.

Bahraini authorities quickly set up roadblocks to contain the crowds.

The chances for confrontation in Bahrain have been further elevated by the ongoing trial of 25 Shia activists – including two charged in absentia – accused of plotting against the state.

The detainees have alleged police torture and being made to sign forced confessions, but the court has moved ahead with the proceedings. The next session is scheduled for February 24. 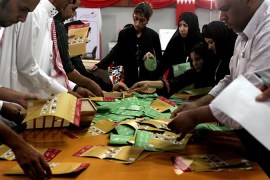 Opposition bloc wins nearly half of the seats in Gulf state’s parliament amid allegations of voting irregularities. 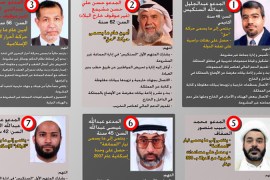