Five French UN peacekeepers and a civilian have been wounded in an explosion in southern Lebanon, witnesses and officials say.

French Foreign Minister Alain Juppe called on Lebanese authorities to bring those responsible for Friday’s attack to justice and to guarantee the security of the peacekeepers.

“I condemn in the strongest terms the cowardly attack that was carried out against UNIFIL [UN Interim Force in Lebanon] this morning, wounding five French peacekeepers and a civilian,” he said in a statement.

“France, determined to carry out its commitment within [UNIFIL], will not let itself be intimidated by these despicable acts.”

A Lebanese security official said the explosion was caused by a roadside bomb in the Bourj al-Shamali area near the port city of Tyre.

Most of the injuries were light but medical sources said one of the UNIFIL soldiers was badly wounded.

There have been several attacks against UN peacekeepers in Lebanon in the past.

The deadliest assault was in June 2007, when a bomb hit an armored personnel carrier near the Israeli border and killed six Spanish peacekeepers.

In July this year, a roadside bomb blew up next to a UN convoy carrying French peacekeepers in the south of the country, wounding at least five people.

Last month, twin bombings ripped through Tyre but it remains unclear whether the blasts were a message to liquor vendors or UN peacekeepers in the area.

UNIFIL has about 12,000 troops and naval personnel in Lebanon after its expansion under UN Security Council resolution 1701 that halted the 2006 Israel-Hezbollah war in southern Lebanon. 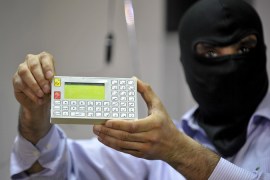 With reports of the CIA shutting down in Beirut, Al Jazeera explores the extent of intelligence infiltration in Lebanon. 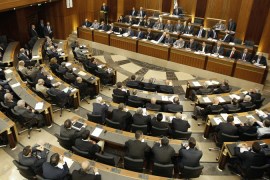