A Dutch court has ordered the government to compensate the widows of seven villagers who were summarily executed and a man shot and wounded in a notorious massacre during Indonesia’s bloody battle for independence from colonial rule.

The Hague Civil Court ruled on Wednesday it was “unreasonable” for the government to argue that the widows were not entitled to compensation because the statute of limitations had expired.

According to Indonesian researchers, Dutch troops wiped out almost the entire male population of Rawagede, a village in West Java, two years before the former colony declared independence in 1949.

“Justice has been done,” said Liesbeth Zegveld, lawyer for the plaintiffs.

“This means that the state can’t just sit in silence for 60 years waiting for the case to go away of the plaintiffs to die and then appeal to the statute of limitations.”

Most Indonesians do not know about the massacre and only recently has a monument been built to remind residents that Dutch soldiers killed all the men of the village.

The only living witnesses are now in their 80s, and illiterate, after having to fend for themselves following the deaths of their husbands.

“There were dead bodies everywhere, many of which we found in the river after the shooting stopped,” said Cawi, a survivor.

Of the nine widows and survivors who have filed the case, three have died while waiting for the verdict.

The Dutch government had admitted that war crimes were committed in Rawagede but had claimed the survivors filed their claims for compensation too late, saying they should have done this within 30 years.

The court’s judgement paves the way for a case to establish the level of indemnities to be paid to the relatives.

However, Zegveld said its narrow focus on widows of massacre victims means it is unclear whether it will expose the Dutch state to a flood of compensation claims from other relatives of people killed during the Dutch fight to retain control over the Dutch East Indies, which became Indonesia in 1949.

Authorities in the Netherlands say 150 people died while a victims’ association claims 431 lost their lives during an operation to root out a suspected independence fighter hiding in the village, known today as Balongsari.

None of the soldiers involved in the shooting, which took place on December 9, 1947 was ever prosecuted, Schreuder also said.

The Dutch government in 2009 decided to donate $1.16m to the area of Balongsari, but has avoided using the term “compensation”, Dutch daily newspaper De Volkskrant reported.

The paper said however that it lost track of the money after it was paid over to Indonesian authorities and that little development had taken place so far in the village. 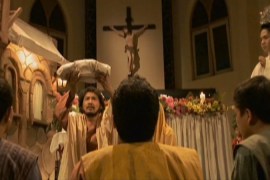 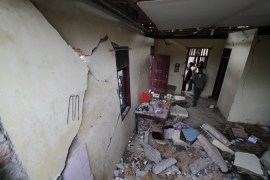 At least three people killed by falling debris as hundreds on the island of Sumatra are evacuated to safety. 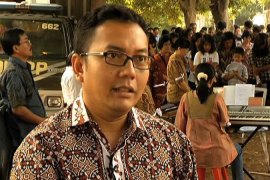 Despite losing all legal battles, mayor says he cannot allow a church to be built on a street with an Islamic name. 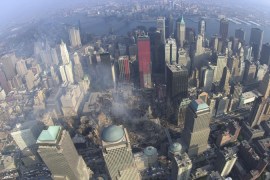