The administration of US President Barack Obama has launched a virtual embassy for Iran in what it said was a bid to promote dialogue with the Iranian people in the absence of formal diplomatic ties.

The web-based embassy went online on Tuesday in English and Farsi, offering visitors what it described as “another perspective” for Iranians who “remain hungry for information about the United States”.

“This website is not a formal diplomatic mission, nor does it represent or describe a real US embassy accredited to the Iranian government,” the US state department said in an introductory note.

“But, in the absence of direct contact, it can work as a bridge between the American and Iranian people.”

The note said the events of the 1979 Iranian revolution and the embassy hostage crisis, in which 52 Americans were held hostage in Iran for 444 days, had cost the US a relationship with the Iranian people.

Diplomatic relations were severed between the two countries following the revolution and hostage crisis.

“While the world knows that the United States lost an embassy in Iran, in fact, we lost more: we were deprived of a relationship with the Iranian people, access to Iranian society, and thousands of daily interactions between American and Iranian citizens,” the state department said.

It said the virtual embassy would allow Iranians to “make up their own minds” about the US as well as offer US concerns about the Iranian government’s actions in an effort to “achieve a resolution to those concerns”.

The state department created a Farsi-language Twitter account and Facebook page earlier this year, in what it said was a bid to encourage feedback. It said the virtual embassy was designed to compliment those efforts.

Iran is currently locked in a dispute with the US and its allies over Tehran’s disputed nuclear programme, which the West believes is aimed at the development of nuclear weapons. Iran denies the accusations, saying its programme is entirely peaceful. 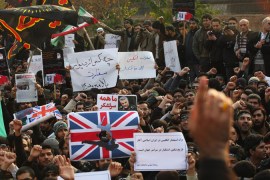 What impact could renewed international pressure have on Iranians? 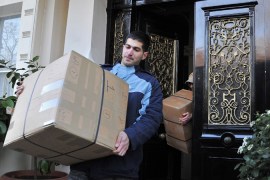 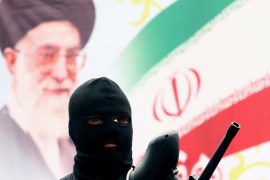 The storming of the British embassy in Tehran is part of a wider political game playing out in the Islamic Republic. 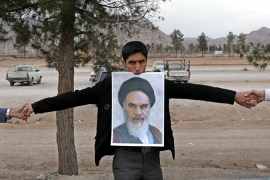