In an open letter to Bloomberg, the leaders accused the mayor of ignoring concerns that the New York Police Department (NYPD) had been using racial profiling and violating civil rights in its anti-terrorism surveillance programmes.

“We believe with heartfelt conviction that during times when a community’s rights are being flagrantly violated, its leaders cannot in good conscience appear at a public gathering with the government official who is ultimately responsible and smile for the cameras as if all is well, when we know full well that it is not,” the letter said.

The letter cited a series of articles earlier this year by The Associated Press news agency that alleged the police, at times in co-operation with the CIA, infiltrated New York mosques, Muslim bookshops and other Islamic businesses and institutions to gather intelligence without specific evidence of any criminal activity.

According to the reports, the NYPD has been systematically infiltrating institutions since the September 11 attacks, with the purpose of identifying extremists who might attack the city.

The letter was signed by 15 leaders of Muslim organisations based in New York City who said they were turning down their breakfast invitation, as well as the leaders of several dozen other faith organisations and civil rights groups.

Imam Al-Hajj Abdur-Rashid, one of the religious leaders who boycotted the event, told Al Jazeera the decision not to attend the breakfast was about accountability.

“We have a problem, not because we have anything to hide but because we are unapologetically Muslims, and uncompromisingly Americans. We know our rights as Americans and we are standing by them.”

The mayor’s office said 368 guests attended Friday’s breakfast, up from 315 people last year. The office said the
guests included representatives of the Muslim community but did not have a specific number.

Imam Shamsi Ali of the Islamic Cultural Center of New York, who attended the breakfast, told Al Jazeera dozens of Muslims did not participate in the boycott.

“We cannot mix all kind of issues on one plate. The NYPD spying on the community is an issue and the breakfast is an issue. This is a New York tradition and this is not only a Muslim tradition. We feel that we are part of the city and this is our tradition, so we feel we must be part of these gatherings because we are all New Yorkers,” he said.

“I know the issue of the NYPD spying on the Muslim community is an issue for all, and we are going to deal with that separately … I do believe that engaging the NYPD is the best way to deal with this issue.”

Bloomberg has defended the police department, which denies the accusations.

“Contrary to such assertions, the NYPD lawfully follows leads in terrorist-related investigations and does not engage
in the kind of wholesale spying on communities that was falsely alleged,” police spokesman Paul Browne said in an e-mail.

Browne said “selective use” of undercover officers had thwarted several bombing attempts in New York City since the
2001.

Linda Sarsour, director of the Arab American Association of New York, said she and others boycotting the breakfast wanted an independent investigation into the NYPD’s surveillance methods.

“We’ve received no substantial proof that there has been no wrongdoing,” she said.

Imam Ali said there needed to be further investigation into what the AP reports allege took place.

“I think unless we directly clarify with the commissioner [what took place], we are not here to be pre-judging of what is really happening. Muslims have experienced being victimised by the misinformation, so I think when we receive information that we feel we are being targeted I think we need to clarify it, I think that is our responsibility,” he said.

Almost three dozen members of the US Congress signed a letter this month calling on the Department of Justice and
the House Judiciary Committee to investigate whether the NYPD “has exercised authority beyond the scope of the law and in violation of the Constitution.” 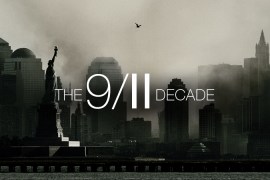 A special three-part series taking an in-depth look at the post 9/11 ‘war on terror’. 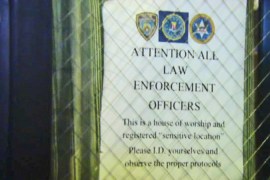 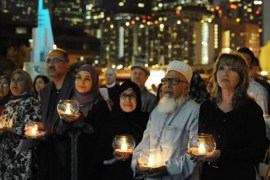 After 9/11 the Bush administration took the world to war, threatening global security and shredding US democracy.