Though it rode the wave of popular uprisings that swept the Arab world in early 2011, the pro-democracy movement in the small Gulf island nation of Bahrain was crushed in February and March.

De-stabilising events in the country of 568,424 citizens – and about as many foreign workers – are geopolitically significant because of the presence of the US Navy’s Fifth Fleet, among other regional factors.

While rights groups and foreign media disseminated images of the beleaguered protesters, American defence priorities with regards to the perceived threat of nearby Iran partially muzzled the international community’s response.

Protesters, mostly from the Sunni-ruled kingdom’s disenfranchised Shia majority , have clamoured for a true constitutional monarchy, better access to jobs and an end to sectarian discrimination.

Although the impetus behind massive demonstrations that began on February 14 did not emerge overnight – after decades of communal tension – police brutality at the iconic Lulu Roundabout (also known as Pearl Square) catalysed fresh calls for the removal of the Khalifa family from power.

Thirty-five people, including five members of the security forces, were killed during the extended crackdown, with 11 more deaths in subsequent months.

Intervention in March by the Gulf Co-operation Council’s Peninsula Shield force, including more than 1,500 troops from Saudi Arabia, UAE and Qatar, created a new set of protester demands.

Opposition groups, spearheaded by the Shia Islamist Wefaq party that had resigned from parliament, sought immediate withdrawal of foreign troops from Bahraini soil, the cessation of military trials for 700 protesters still in prison and freedom for leading dissidents.

The government was also under fire for destroying Shia mosques, intimidating schoolgirls, torturing medical workers and the mass sackings of predominantly Shia workers.

After a summer that passed without meaningful political progress and the eruption of near-daily clashes between protesters and security forces, King Hamad bin Isa Al Khalifa set up an independent legal panel to investigate the crackdown.

In November, recommendations by the Bahrain Independent Commission of Inquiry chaired by Cherif Bassiouni, a law professor and UN war crimes expert, said police had used “excessive force” and had tortured detainees.

“Evidence presented to the commission did not prove a clear link between the events in Bahrain and Iran,” Bassiouni wrote, refuting one of the government’s most common accusations.

But the commission did blame the opposition for rejecting Crown Prince Salman’s peace plan in March, and for inflicting violence on both Sunnis and foreign workers.

Intent on securing a key arms deal with the US, the king has committed to reforms and promised to replace officials who committed wrongdoing.

Most recently, the government freed a jailed blogger who is the daughter of a prominent human rights activist and allowed the Red Cross to visit prison inmates who were arrested during protests.

Bahrain’s interior ministry is slated to hire US and UK security experts to help police maintain order while still respecting the rights of the people. The government has also promised a code of conduct for the security forces.

Within the six GCC countries that emerged largely unscathed from the Arab Spring, this would-be revolution has threatened traditional monarchies with the spectre of democratically elected and Islamist-rooted government.

With new reports of casualties from clashes between police and opposition supporters just days before the new year, many Bahrainis wonder what change will come in 2012. 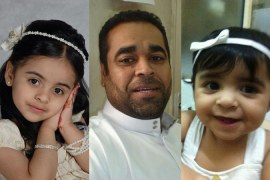 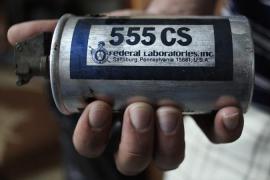 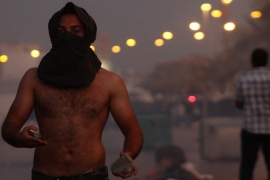