Cristina Fernandez de Kirchner, the Argentine president, has thyroid cancer and will undergo surgery next month, her spokesman says.

Alfredo Scoccimarro said test results showed that the president’s cancer remained limited to a lobe in the right side of her neck and has not spread into her lymph nodes.

Fernandez, 58, will undergo surgery on January 4 and then take 20 days of medical leave, during which Vice-President Amado Boudou will run the country.

Scoccimarro said the cancer was discovered during a routine exam last week, and that Fernandez received the results from follow-up tests hours before the announcement on Tuesday.

This kind of thyroid cancer is highly survivable, with more than 95 per cent of patients living at least 10 years after detection, according to the US National Institutes of Health.

The usual treatment is to surgically remove as much of the cancerous material as possible, and then follow up with radioactive iodide treatments, taken orally.

After surgery, patients usually must take medicine, levothyroxine sodium, for the rest of their lives to replace a hormone that the thyroid glands produce.

Kirchner, who was sworn in for a second four-year term earlier this month, was forced to stop working three times this year due to a drop in her blood pressure.

Fernandez is only the latest South American leader to be diagnosed with cancer. Presidents Fernando Lugo of Paraguay, Hugo Chavez of Venezuela and Dilma Rousseff of Brazil all have undergone treatments recently. 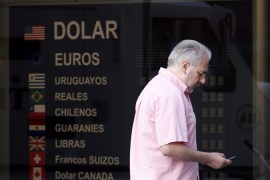 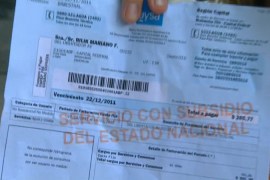 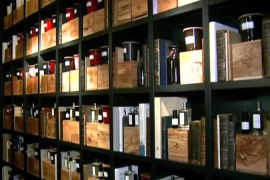 Despite high inflation and bureaucracy, many new companies look to cater for luxury market. 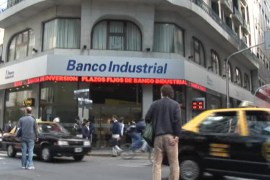 Argentina suffered a similar economic crisis to Greece nine years ago and was able to bounce back.