Tariq al-Hashimi, the Iraqi vice-president who has been named by the government as being involved in deadly violence in the country, has said that he will not face courts in Baghdad, alleging that they are not credible or transparent.

Hashimi, speaking exclusively to Al Jazeera on Saturday from the Kurdish city of Sulaymaniyah, said that he was ready to present himself before a court in Kurdistan.

He said that he was carrying out his duties as normal in Sulaymaniyah, and denied that he had fled to the Kurdish part of the country in order to escape prosecution.

Jalal Talabani, the Iraqi president, said on Saturday that Hashimi would stand trial only if promises were made regarding its fairness.

Prime Minister Nuri al-Maliki wants Hashimi to be sacked following comments from him that Maliki was a dictator “worse than Saddam Hussein”.

Iraqiya, the mostly Sunni-backed political bloc of Hashimi and deputy premier Saleh al-Mutlak, has boycotted parliament and the cabinet in protest against Maliki’s alleged centralisation of power.

Talabani said that Hashimi would appear in court after “reassurances” were made regarding “the processes of justice, investigation and trial”.

Iraq’s political crisis comes after the capital was hit by a string of attacks on Thursday that killed at least 60 people, and after US military forces completed their pullout from the country on December 18.

Hashimi alleged that the attacks were allowed to happen by the government, and that Maliki was creating “a national crisis”.

Maliki convened a meeting of his crisis-response cell on Saturday, his office said. The issue of whether there are members of Iraqi forces who are cooperating with those responsible for the bombings was being examined, a statement said.

In separate comments on Saturday, Maliki warned that any efforts to create an autonomous Sunni region within Iraq would cause deep divisions in the country and lead to “rivers of blood”. 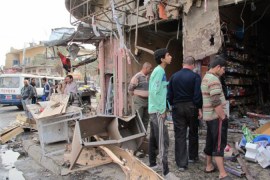 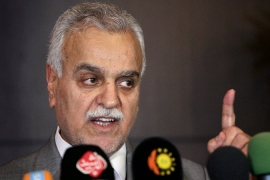 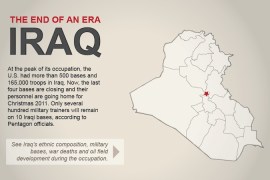