The creation of a new government on Friday is a major milestone for Tunisia following the popular revolt against Zine el Abidine Ben Ali, who had been in power for 23 years that began in December 2010.

The line-up unveiled on Thursday by Hamadi Jebali, the country’s prime minister, of the moderate Islamist Ennahda party was approved in a confidence vote with 154 in favour, 38 opposed and 11 abstaining, after a full day’s debate.

The 41-member cabinet was the subject of weeks of negotiations between Ennahda and its two left-leaning allies.

Nourredine Bhiri, party spokesman, was appointed justice minister while independent Abdelka Aim Zbidi was kept on at the defence ministry, the only one to stay in his old job.

The uprising in Tunisia triggered what became known as the Arab Spring – uprisings across the region that also led to the overthrow of veteran dictators in Libya and Egypt.

Ben Ali ultimately fled to Saudi Arabia, and Tunisia has charged him in absentia with many crimes including murder.

Ennahda emerged as the largest party in the October 23 vote, winning 89 of the 217 seats in the constituent assembly, which elected Moncef Marzouki of the Congress for the Republic party as Tunisia’s president.

The assembly’s main task now is to write a new constitution.

Jebali on Thursday vowed to make job creation and reparations to victims of the ousted regime among his key priorities.
Tunisia is in the midst of an economic crisis, with unemployment running at 20 per cent while economic growth is expected to be a sluggish 0.5 per cent for 2011. 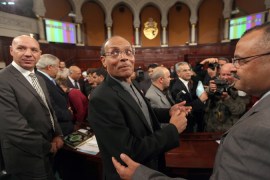 Tunisia: The calm after the storm

With the inauguration of the Constituent Assembly, Tunisians will have to put political and social theory into practice. 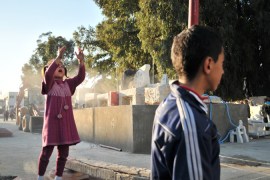 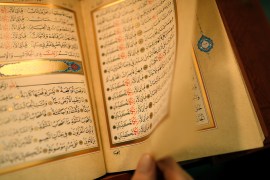