North Korea’s state media has hailed the youngest son of late leader Kim Jong-il as “supreme commander” of the military, in the latest sign that the succession is proceeding.

“We will uphold Comrade Kim Jong-un as our supreme commander and general and we will bring the Songun [military-first] revolution to a completion,” the ruling communist party’s Rodong Sinmun newspaper said in an editorial on Saturday.

It is the first time that one of the country’s media outlets has used the title supreme commander – a post previously held by Kim Jong-il – for the new leader, already a four-star general though still in his late 20s.

North Korea on Monday described Jong-Un as the “great successor” after announcing the death of his father at age 69.

The latest dynastic ruler remains a figure of mystery to the outside world, which is seeking clues to future policy in the nuclear-armed nation.

Analysts expect little political upheaval following the death – at least for now – since government members have an interest in preserving the status quo.

The younger Kim visited his father’s coffin again on Friday, as thousands of people crowded into Pyongyang’s main square to pay their respects to their late leader.

Kim Jong-il’s third son and heir shed tears as he stood beside the open casket containing his father’s body in the Kumsusan Memorial Palace.

Dramatic scenes of mass mourning have been a daily occurrence in Pyongyang since Kim’s death was announced on Monday, and mourning stations have been established in provincial, city and county seats and institutions.

It was one of Kim Jong-il’s final wishes to gift fish to the citizens of Pyongyang, the city’s residents have said.

Footage provided to the Reuters news agency by KCNA, the North Korean state news agency, showed Pyongyang residents lined up at a pantry to receive frozen pollocks and herrings.

They said until his final days North Korea’s late leader was concerned with the well-being of his people, and the fish distribution was proof.

“Until his last days [Kim Jong-il] was concerned with supplying fish to us citizens, and we were not aware of this,” Ku Ok-Sun, a 62-year-old Pyongyang resident, said. “Receiving this fish I get a lump in my throat thinking of him,” she added.

Meanwhile, North Korea has accused South Korea of an “intolerable” response to Kim Jong-il’s death, a blast that came as diplomats at the UN held a mass boycott of a tribute to the late leader.

Pyongyang’s official media says millions are braving bitter cold to mourn the “Dear Leader” after his sudden death on December 17 – and South Koreans are welcome to join the condolences.

Its Uriminzokkiri website said any mourning delegations from the South would be accepted, and it lashed out at the Seoul government’s “inhuman” decision to allow only two such visits.

The South blames its neighbour for two deadly border attacks last year but has taken a conciliatory stance since Monday’s announcement of Kim’s death.

Seoul’s government sent its sympathies to the North’s people, scrapped a controversial plan to display Christmas lights near the border and announced that South Koreans could send pre-approved condolence messages northwards.

It said there would be no Seoul government delegation to offer condolences but authorised two groups to pay respects in Pyongyang.

By law, Seoul’s unification ministry must authorise all contacts between South and North Koreans and the two sides have stayed technically at war since their 1950-53 conflict.

Uriminzokkiri said all South Korean delegations wishing to visit Pyongyang to mourn Kim “with a warm heart” would be accepted. It was unclear whether they would be allowed to stay on for the actual funeral next Wednesday.

But it said the South was blocking such visits and trying to escalate confrontation by strengthening security. “These are intolerable actions of mockery and insult against our dignity.”

The website described Seoul’s ban on most delegations as an “unacceptable, uncivilised and inhuman action” which could have a “significant impact” on relations, and also accused Seoul of disrespect. 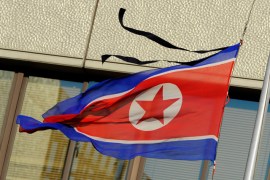 The leadership change in Pyongyang will likely increase tensions on the Korean peninsula in 2012, writes author. 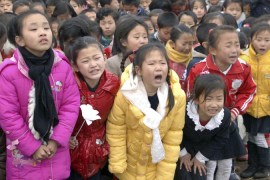 North Koreans observe period of national grief for ten days after the death of Kim Jong-il. 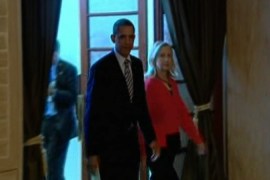 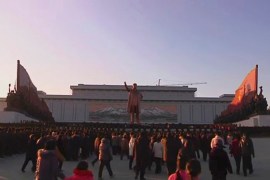