Islamist parties in Egypt have consolidated their gains in Egypt’s parliamentary elections, securing more than 65 per cent of the seats determined so far, according to the latest results released.

Abdel-Moez Ibrahim, the country’s election commission chief, announced the results from the second round of voting for party lists, in which nine provinces with about 7 million voters cast their ballots, on Saturday,

Based on the announcement, the Muslim Brotherhood says that its Freedom and Justice Party won 86 (47 per cent) of the 180 seats on offer so far.

The al-Nour party, the political arm of Egypt’s Salafi movement, has won around 20 per cent of the seats contested so far.

The FJP officially won 36.5 per cent of the current vote for party lists, and al-Nour won 28.78 per cent.

The country’s liberal parties fared badly again in the second round, with al-Wafd – the country’s oldest party – winning 9.6 per cent of the party list vote and the Egyptian Bloc, the main liberal coalition, taking just seven per cent.

In Egypt’s complex electoral system, voters cast ballots for party list candidates who will make up two-thirds of the parliament. They will cast direct votes for individual candidates for the remaining one-third of seats.

Saturday’s results are in line with trends from the first round of voting, held in late November, when the two blocs together won nearly 70 per cent of the vote.

The elections were scheduled over three rounds, with run-offs for individual candidates after each round.

The third round of voting is due to be held over two days beginning January 3, followed by another three rounds of voting for the Senate.

The lower house of parliament is due to convene on January 23.

The military, which has faced down days of deadly protests in November and this month, says it will transfer power to civilians after a presidential election is held by the end of June next year. 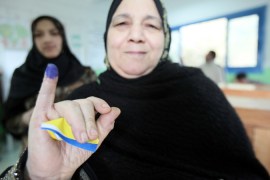 Voting in parliamentary elections has reached 67 per cent, with most constituencies expecting runoff votes. 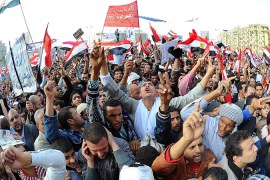 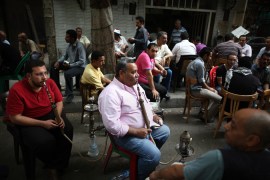 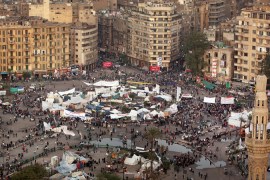