A Syrian government official says at least 44 people, mostly civilians, have been killed by two suicide car bombs in Damascus ahead of calls by anti-government activists for fresh protests across the country.

State media reported that initial investigations indicated that an al-Qaeda group may have been responsible for the attack.

“Several soldiers and a large number of civilians were killed in the two attacks carried out by suicide bombers in vehicles packed with explosives against bases of State Security and another branch of the security services,” Syria’s state-run television said.

The station aired footage of damaged buildings and dead bodies being transferred to ambulances.

Syria has portrayed the nine-month uprising in the country as the work of “terrorist” extremists and armed gangs.

Al Jazeera’s Rula Amin, reporting from neighbouring Lebanon, said the blasts marked the first such attack in the Syrian capital since the start of the uprising against President Bashar al-Assad. She described Friday’s attacks as a “very serious escalation”.

“The capital has been relatively quiet. If the government is trying to say this is the work of protesters or even al-Qaeda sympathisers, the attack is in the heart of the capital and that makes the government look very vulnerable,” Amin said.

In another part of Syria, activists reported the death of eight people in the central city of Homs, where they said government forces fired at protesters leaving Omar Mosque in Jandali neighbourhood.

Mahjoob Zweiri, a Middle East analyst at Qatar University, said it was unlikely al-Qaeda was responsible for the attacks.

“It is [too] early to judge and accept what the government is saying,” Zweiri told Al Jazeera, adding that the timing, coinciding with the presence of the first delegation of Arab observers in Damascus, was suspicious.

“I think some might link it with that [the delegation’s presence] and say that it’s the work of the government because they want to deflect the attention from the work of this delegation to another event.”

The latest violence came a day after the first wave of an Arab League monitoring mission arrived in Damascus to check on Syria’s progress in implementing a peace plan to halt the months of unrest.

Al Jazeera’s Amin said: “What the government wants to say is that the people who did these blasts are the same people they are fighting … The say they are battling terrorists and [this is how] they justify their use of violence.”

Using the slogan “Protocol of death, a licence to kill”, activists called on Facebook for nationwide protests against the Arab League mission after mid-day prayers on Friday.

Opposition leaders have charged that Syria’s agreement to the mission was a mere “ploy” to head off a threat by the Arab League to go to the UN Security Council.

“We call on the Arab League to refer the matter of the crisis in Syria to the UN Security Council,” Omar Edelbi, a spokesman for the Local Co-ordination Committees activist network, said.

He called the observer mission “another attempt by the regime to bypass the Arab initiative and empty it of its contents”.

The observer mission is part of an Arab plan endorsed by Syria on November 2 that also calls for the withdrawal of the military from towns and residential districts, a halt to the violence and the release of detainees.

The advance team consists of a dozen security, legal and administrative staff from the Arab League’s secretariat who will make the logistical preparations for the arrival on Sunday.

Between 30 to 50 officials were expected to be part of the first mission, which is headed by Samir Saif al-Yazal, one of the Arab League’s assistant secretary-generals.

Once all the officials arrive, they will indicate cities they will be visiting in accordance with the peace plan.

Nabil el-Araby, the Arab League chief, has stated that protecting members of this mission is the Syrian government’s responsibility.

In the run-up to the advance team’s arrival, however, the Syrian National Council, Syria’s main opposition bloc, said on Wednesday that government forces had killed 250 people in 48 hours.

A day later, Syria’s state news agency said on Thursday that more than 2,000 members of the security forces had been killed since anti-government protests erupted in March.

The UN, however, estimates that more than 5,000 people have been killed in the government’s crackdown since mid-March.

As violence continued across the country, the UN Security Council remained deadlocked over a resolution to condemn the violence in Syria.

In New York, France said “significant progress” had been made at a UN Security Council meeting on Syria.

There were tensions at the meeting, however, with Russia renewing demands for an inquiry into NATO air strikes in Libya in a move US ambassador Susan Rice called “a cheap stunt” to divert attention from the Syria crisis.

Russia, which accuses the West of seeking “regime change” in Syria, last week proposed a new text, which the European countries say is not tough enough on Assad. 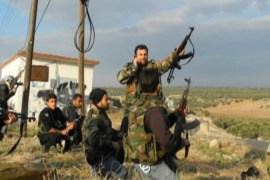 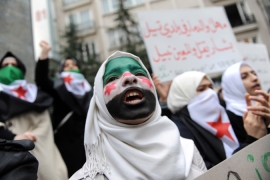 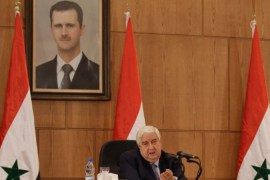