An explosion at a fuel pipeline in Colombia has killed at least 11 people, injuring many more and destroying dozens of homes.

The explosion, blamed by authorities on fuel thieves, occurred in the central province of Risaralda about 170km southwest of the capital of Bogota, said Carlos Mario Garcia, an emergency management official.

The blast on the pipeline, which carries gasoline and diesel and is run by state-owned Ecopetrol, also destroyed 30 houses, Garcia said.

“Ecopetrol regrets the incident in which several people were killed and others injured when an explosion occurred in the Salgar-Cartago pipeline … apparently caused by people who were stealing fuel,” the company said in a statement.

The Mining and Energy Ministry said the number of fuel thefts has fallen in recent years as the military has clamped down on illegal groups. In the past, such groups have financed themselves largely by stealing and selling crude oil, gasoline and diesel.

Colombia, once dismissed as a failing state, has been improving its image by combating leftist rebels and attracting foreign investment through looser regulations, a more streamlined hydrocarbons agency, and lower taxes.

Colombia’s national oil production has ramped up to a record 950,000 barrels per day as the improving security situation has allowed greater exploitation of heavy crude areas, in addition to incremental production increases at existing fields. 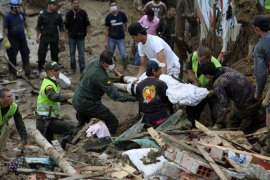 Many dead and missing in Colombia landslides 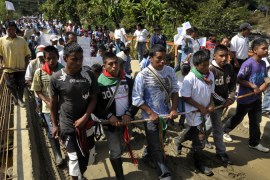 After left-wing rebels attack the town of Toribio, a grass-roots movement aims to expel both army and rebels. 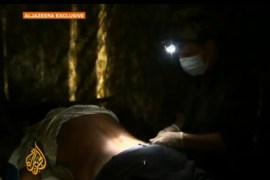