The United Nation’s humanitarian co-ordinator has compared the destruction in two of the Philippines’ worst affected southern coastal cities to a tsunami, after more than a thousand people were confirmed dead in the wake of last week’s tropical storm.

“It was as if the cities [Iligan and Cagayan de Oro] were hit by an inland tsunami,” Soe Nyunt-U told reporters in Manila on Thursday. “Entire areas were completely flattened. Only a few sturdy buildings remain standing, and these had sustained a lot of damage.”

“Debris from houses, buildings and other structures that had been destroyed by the storm was all swept out to the sea, leaving huge areas devoid of all traces of habitation,” he said.

Soe raised concern about disease outbreaks among the thousands living in evacuation centres after their houses
were washed away when Tropical Storm Washi unleashed flash floods last weekend.

The UN is appealing for $28m to help the Philippines respond to the needs of half a million affected people.

Soe said the funds would be used for water, food, shelter and essential household items for the next three months.

Officials on Thursday put the death toll at 1,010. More than 45,000 survivors are now living in evacuation centres. Hundreds of thousands more are without shelter, as centres are unable to cope with the number of homeless.

“For a lot of people, the situation is incredibly desperate,” Matthew Cochrane, regional spokesman for the Red Cross, told Al Jazeera on Thursday.

“There is a concern about the potential outbreak of diseases in evacuation centres, so we are working to get clean water in and hygiene kits to give people information they need to be able to protect themselves and their families from opportunistic infections,” he added.

The Red Cross has also made an appeal for $2.8m to help flood victims in the country.

Benito Ramos, Philippines civil defence chief, told the AFP news agency that coast guard and navy vessels had been drafted in for a huge rescue effort to find bodies floating amid debris up to 100km away.

“By this time, there will be no survivors, just dead bodies,” he said.

Gwendolyn Pang, of the Philippine Red Cross, said that at least 900 bodies had been recovered and she confirmed that some 400 people have been reported missing.

However, she said the exact toll may never be known as some of those reported missing may in fact be among the dead, and there could be many more whose disappearance was never reported.

“Many will never be found and we don’t know how many are really missing. No one will report them because entire families were swept away,” Pang added.

Ramos said the maritime search could continue for two more weeks, but warned that many bodies may have sunk underwater and would never be found.

The main priority now was finding permanent shelter for the 309,000 people displaced by the floods, and those still housed in cramped evacuation centres, he said.

The Red Cross’ Cochrane told Al Jazeera: “The rebuilding process for a lot of people could take a long time and we need to be planning for that now and not waiting for the critical situation to subside.

“The game has changed in this part of the world now. The risk mapping that everyone presumed was true has been proven wrong. We know that now there can be catastrophic floods in northern Mindanao. The onus is on the government, with the support of the international community, to be able to use that information to make sure that people are safe.” 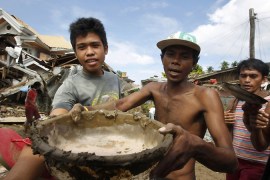 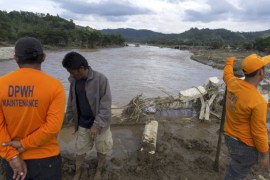 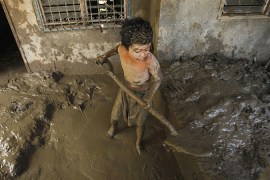