Six blasts and gunfire rocked the Nigerian city of Maiduguri on Thursday, residents and a military source said, after explosions and shooting earlier broke out in another northeastern city.

“There has so far been six explosions, and four of them in the same area,” the military source said, adding that a shootout had also occurred on Thursday.

Gunfire and explosions had earlier broken out in Damaturu. Both cities have previously been badly hit by violence blamed on the Islamist group Boko Haram.

Residents reported that people were fleeing in Maiduguri, but it was unclear whether there were casualties.

A witness said one of the explosions shattered the windows of a mosque in an office complex.

In Damaturu, a police officer said gunmen opened fire on a checkpoint, but the attack was repelled. Residents said explosions and gunfire broke out in the afternoon and was still occurring a couple of hours later.

“For the past 40 minutes, there have been explosions and shootings around the Pompomari area of the city,” Damaturu resident Kabiru Musa said by telephone in the afternoon.

“Most people have moved indoors and it is not really clear whether it is an attack or a shootout with police and Boko Haram.”

Another resident said it appeared suspected Boko Haram members were in the streets shooting and setting off explosions at random.

Maiduguri has borne the brunt of the violence attributed to Boko Haram, which has claimed responsibility for scores of attacks in the north as well as the August suicide bombing of UN headquarters in the capital Abuja that killed at least 24 people.

Damaturu was hit by co-ordinated attacks in early November claimed by Boko Haram which left some 150 people dead.

Earlier this week, blasts at a house in Damaturu rented by suspected members of Boko Haram left one dead and several wounded. 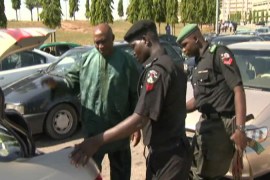 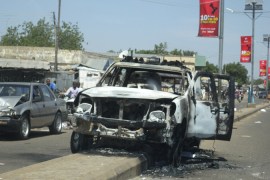 Boko Haram spokesman says “more attacks on the way” after blasts and gun battles left more than 100 dead in northeast. 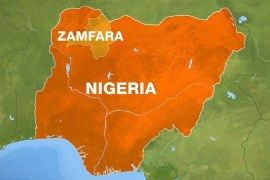 Many killed in raid on Nigerian village

At least 19 people die in attack by gunmen believed to be armed robbers, police said. 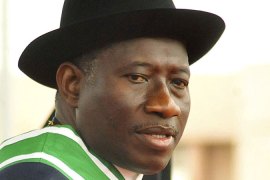 President vows to secure his country following deadly blasts that recently targeted a UN building in the capital Abuja.