Rich nations attending climate talks in South Africa are on track to deliver on their promise to supply $30bn in short-term climate financing by the end of next year to help poor countries tackle global warming.

But doubts have emerged over whether donors will be able to ramp up support to $100bn a year by 2020 as part of a long-term fund to assist developing nations in their fight against climate change.

“The US is committed to meet our share of the total effort,” Jonathan Pershing, the US special climate envoy, told reporters on Thursday at the Conference of the Parties (COP17) of the UN Climate Change Conference in Durban.

More than 190 countries at the climate talks are expected to sign off on the long-term Green Climate Fund, but worries persist as to where the money will come from given the debt crisis hitting major donors.

Japan, the largest donor so far, implemented $12.5bn in fast-start financing last month, out of around $15bn pledged in total.

Around $3.5bn of its contribution so far has come from the private sector, while the overall total had flowed to nearly 600 projects in 95 different countries – more than half of which are in Africa or less developed countries.

The US and the EU said they have mobilised $5.1bn and $6.3bn, respectively, in the past two years.

About $3.5bn of the US pledges have come through Congressional appropriations, with the remainder being pledged by development finance and export credit agencies.

Critics have voiced concerns over how much of that short-term money would go to mitigation measures – investments made to cut greenhouse gas emissions – as opposed to adaptation, which seeks to reduce the vulnerability of those most affected by changing and extreme weather patterns.

Some other concerns related to whether the money pledged was new cash or old development funding given a new name.

“Short-term finance has had its challenges in terms of transparency and in terms of ensuring that the money was new, additional finance,” said Seyni Nafo, spokesman for the Africa Group of countries.

A study by the African Climate Policy Centre showed that less than $2bn of the money pledged was new and additional money.

The report also said about 62 per cent of the fund was allocated to mitigation projects, with 25 per cent given to adaptation and 13 per cent dedicated to reducing emissions from deforestation and forest degradation.

Australia, which has so far allocated $496m of its total $614m target for fast-start funding, said its contribution was new and additional and was almost evenly split between adaptation and mitigation measures. 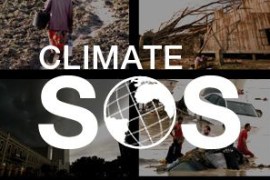 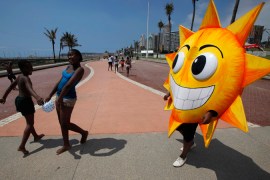 Images from the Conference of the Parties of the United Nations Climate Change Conference in South Africa. 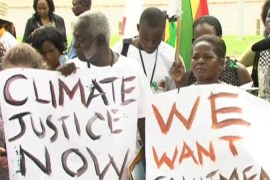 Activists say talks saddled by developed nations’ refusal to move away from carbon and fossil fuels. 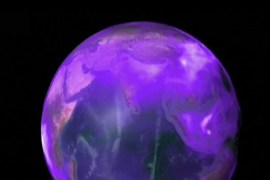 About 25,000 people gather in Durban, but expectations remain low for any global agreements.