Ouattara’s ruling RDR party won 127 seats to strengthen its presence in the 255-seat national assembly, while the government-allied PDCI party took 77 seats in the December 11 poll, Youssouf Bakayoko, the head of the electoral commission said  early on Friday.

Bakayoko said the turnout was 36 per cent, slightly higher than in Ivory Coast’s last parliamentary poll in 2000, despite a boycott by the main opposition party allied to Laurent Gbagbo, the former president who is now facing war crimes charges at The Hague.

Justin Kone Katinan, a spokesman for Gbagbo said that the low voter turnout, propelled by the opposition boycott, was a “silent revolt” that would deny Ouattara’s government legitimacy.

Election officials said an opposition boycott had little effect on voting in the country.

Ouattara won the November 2010 presidential election but was only able to take office in April after fighters supporting him invaded the economic capital Abidjan and arrested Gbagbo, who had refused to step down.

Some 3,000 people were killed in the conflict and more than one million displaced.

Ouattara has said his top priorities are reconciling Ivorians and rebuilding the economy.

Ivory Coast is the world’s top cocoa grower but is also seeking to expand its gold mining, oil, cotton and services sectors to regain its place as the region’s economic powerhouse. 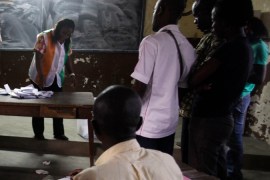 Poll officials expect most of the results from Sunday’s first parliamentary election in a decade to be known by Tuesday. 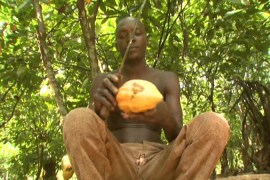 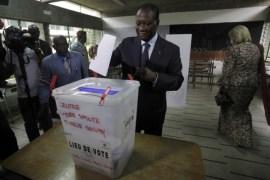 The country’s first legislative elections in a decade pass without incident, but are overshadowed by opposition boycott.