A US credit rating agency has affirmed France’s top Triple-A credit rating but warned that it may downgrade six other eurozone countries as it believes that a comprehensive solution to the region’s debt crisis is “technically and politically beyond reach.”

Fitch Ratings said on Friday that France’s credit grade is supported by the country’s wealthy and diversified economy and noted that President Nicolas Sarkozy’s conservative government has adopted several measures to strengthen its finances.

It said, however, that France’s debt is expected to rise to a peak of 92 per cent of GDP in 2014. As a result, the agency revised its outlook for France to negative from stable.

For the other countries – Belgium, Cyprus, Ireland, Italy, Slovenia and Spain – a downgrade could come much faster.

Those nations, which already had a negative rating outlook, were placed on credit watch negative, which traditionally signals the possibility of a downgrade within three months.

“The systemic nature of the euro zone crisis is having a profoundly adverse effect on economic and financial stability across the region,” Fitch said in a statement.

Three of the eurozone’s 17 nations have already received bailouts – Greece, Ireland and Portugal. Investors fear that Italy and Spain’s borrowing costs have risen so rapidly that they could also need financial aid.

Both are considered too big for Europe’s bailout fund to rescue.

French officials and investors had feared that France could get downgraded, which would have severe repercussions on European efforts to contain the debt crisis.

French Finance Minister Francois Baroin, in a statement responding to the Fitch announcement, sought to highlight the relative health of his country’s financial situation.

He noted the government recently took a major reform to rein in state pensions.

“The government is determined to continue its action to foster growth, competitiveness, jobs and the reduction of state debt,” the statement from Baroin’s office said. 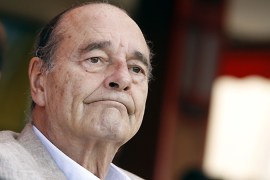 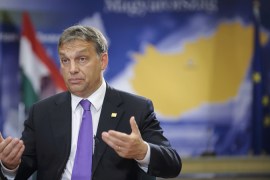 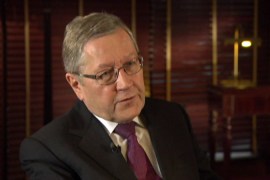