The US House of Representatives has voted in favour of controversial proposed legislation that would deny terror suspects, including US citizens, the right to trial and permit authorities to detain them indefinitely.

The proposed changes were included in a $662bn defence bill passed on Wednesday by the Republican-controlled House after White House officials withdrew a threat to block the bill over concerns it would undermine the US president’s authority over counterterrorism activities.

In a statement, Jay Carney, a White House spokesman said “several important changes” had been made, which meant that presidential advisors would not recommend Barack Obama veto the bill.

The bill, which also endorsed tougher sanctions against Iran’s central bank and freezing $700 million in aid to Pakistan, must still pass through the Senate, which is expected to vote on Thursday.

If approved, the bill would require the US military to take custody of terror suspects accused of involvement in plotting or committing attacks against the United States.

But in changes introduced under pressure from the White House, the bill was amended to say that the military cannot interfere with FBI and other civilian investigations and interrogations. The revisions also allow the president to sign a waiver moving a terror suspect from military to civilian prison.

Carney said the new bill “does not challenge the president’s ability to collect intelligence, incapacitate dangerous terrorists and protect the American people.”

But some officials had some objections to the clause. FBI Director Robert Mueller criticised the provision for its lack of clarity on how the changes would be implemented at the time of arrest.

The White House said that some of those concerns remained.

“While we remain concerned about the uncertainty that this law will create for our counter-terrorism professionals, the most recent changes give the president additional discretion in determining how the law will be implemented,” added Carney.

But the bill has also attracted criticism from civil rights campaigners.

“It would authorise the president to order the military to capture civilians and put them in indefinite detention without charge or trial, with no limitation based on either geography or citizenship,” he told Al Jazeera.

“The military would have the authority to imprison persons far from any battlefield, including American citizens and including people picked up in the US.” 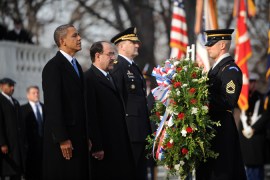 Obama affirms US commitment to Iraq

President says US troops will leave behind a self-reliant Iraq, but warns neighbours not to meddle in country’s affairs. 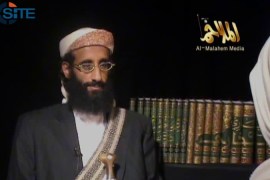 Detaining US citizens: How did we get here?

The US Senate is pushing to give the military the option of indefinitely detaining US citizens without trial.