The US defence secretary has told US troops in Afghanistan that they are winning the conflict against the Taliban, as Washington and its allies prepare to begin withdrawing more forces and handing responsibility for security to Afghan forces.

Leon Panetta addressed US troops on Wednesday at a forward operating base in Paktika province, near the Afghan border with Pakistan ahead of meetings with military commanders.

“We’re moving in the right direction and we’re winning this very tough conflict,” he said.

But some analysts suggest Washington is keen to accelerate its withdrawal after more than 10 years in the country, with the Pentagon facing severe budget cuts.

A recent surge in violence along Afghanistan’s border with Pakistan as well as deteriorating relations between the governments in Kabul and Islamabad have prompted concerns for the country’s future stability.

US relations with Pakistan have also worsened since NATO strikes killed 24 Pakistani troops near the Afghan frontier last month and Panetta’s arrival followed Islamabad’s decision to move air defence systems to the area and the closure of two border crossings on NATO supply routes.

Al Jazeera’s Bernard Smith reported from Kabul that while the US and its allies are arguing that progress has been made ahead of the 2015 withdrawal, UN statistics that violence has peaked in 2011 contradict this assertion.

“In the east of Afghanistan, NATO’s own figures say there’s been a 21 per cent increase in what it calls enemy attacks,” he said.

Panetta told reporters that Washington would continue to back Pakistani efforts to secure its border regions.

“This has been a difficult and complicated relationship as all of you know, but it is an important relationship, and it is one that we have to continue to work at,” Panetta said.

The dispute between the US and Pakistan is also beginning to raise some concern from the Afghan government, our correspondent said.

Panetta also played down concerns about Afghanistan’s future, saying 2011 had been a “turning point” for the country, citing lower levels of violence and the successful turnover of portions of the country to Afghan control.

“Clearly I think Afghanistan is on a much better track in terms of our ability to eventually transition to an Afghanistan that can govern and secure itself,” he said.

Panetta’s visit to Afghanistan was the second leg of an international tour that kicked off in Djibouti. 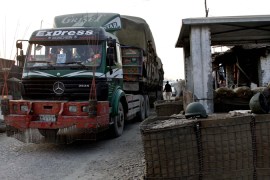 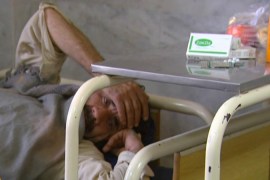 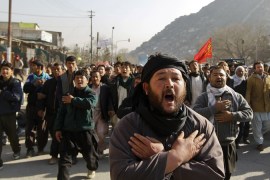 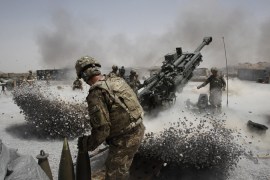