A Palestinian mosque near the West Bank city of Ramallah has been set alight by people thought to be Jewish settlers, damaging its interior.

The incident happened on Thursday after Israeli forces tore down structures in a settler outpost built without government approval.

“Thankfully, the torching occurred shortly before dawn prayers, and the villagers who arrived at the mosque put out the fire,” said Mahmoud al-Habash, the Palestinian minister of religious affairs.

The mosque was defaced with Hebrew graffiti that said “war” and “Mitzpe Yitzhar,” the name of the outpost where the demolitions had taken place hours earlier.

The Palestinian Authority described the mosque burning as “hate crimes” and in a statement called on foreign powers to hold the Israeli government responsible for settler violence.

The vandalism appeared to be the latest act of defiance by settlers whom Binyamin Netanyahu, the Israeli prime minister, has vowed to rein in after similar attacks on mosques and vandalism at an Israeli military base.

Although Israel continues to expand larger official settlements in occupied territory that Palestinians seek for a state, it has been evacuating smaller, unauthorised outposts, in line with court orders to move against them.

The settlements, constructed by Israel on land it captured in a 1967 war, are considered illegal under international law, but Israel cites historical and biblical links to the West Bank, which it refers to as Judea and Samaria.

On Wednesday, radical Jews burnt the exterior of an unused Jerusalem mosque and scrawled “Death to the Arabs” on its walls.

A day earlier, young Jewish settlers rampaged through an army base in the occupied West Bank. The attack sent shock waves through Israel, where many revere the conscript military.

“We will not let them ignite a war of bloodshed, a religious war, with our neighbours,” Netanyahu told a Tel Aviv convention of his right-wing Likud party.

“We won’t let them harm either Jews or Arabs,” he said.

Among the measures approved by Netanyahu to curb arson and vandalism are administrative detention of suspects and trying some of the suspects in military rather than civil courts.

Other suspects will be ejected from the West Bank for their role in inciting violence.

Israeli soldiers will also be empowered to carry out arrests, a statement from Netanyahu’s office said. Until now Israeli police have had to be called to a crime scene to conduct arrests, giving perpetrators time to flee.

But the prime minister rejected calls from the justice and internal security ministers to classify violent right-wing groups as “terrorists”.

“Anyone who raises a hand against Israeli soldiers or police will be severely punished,” Netanyahu said.

He said such suspects would be dealt with in the same way as protesters in Bilin, a Palestinian village where clashes, sometimes deadly, over the Israeli separation barrier built across occupied land occur regularly.

Attacks by violent Jewish groups have in the past generally targeted Palestinians and Arabs, but in recent months they have been increasingly directed at the army and left-wing Israelis. 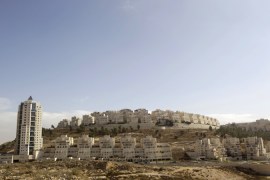 Forty new units to be built in an illegal settlement as EU and US voice disappointment. 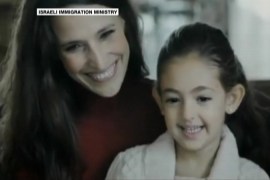 Advertisements urging half-million expatriate population in US to return “home” are pulled by Israel’s PM. 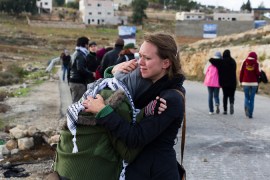