Egyptians in nine provinces have begun voting in the second stage of the first parliamentary elections since a popular uprising toppled former president Hosni Mubarak in February.

Dozens of people were lining up under campaign posters outside a school near the Pyramids in Giza, Cairo’s twin city, on Wednesday, waiting to cast their ballots and dip their finger in purple ink to prevent double voting.

Voters also flocked to the polls in Beni Sueif, south of the capital; the Nile Delta provinces of Menufiya, Sharqiya and Beheira; the canal cities of Ismailiya and Suez and the southern cities Sohag and Aswan.

Voting progressed fairly peacefully, but on the outskirts of Cairo, seven people were held at a polling station after security forces stepped in to stop supporters of rival candidates who had begun shooting at each other.

Islamist parties dominated the first round of voting, which started last month, with the Muslim Brotherhood’s political arm taking 47 per cent of the contested seats and the ultra-conservative al-Nour party taking 21 per cent. The liberal Egyptian Bloc took nine per cent.

Al Jazeera’s Rawya Rageh reported from a polling station in Giza, on the outskirts of Cairo, that the turnout had been “humble” but steady for the first hours since the polls had opened, although the turnout did not appear to be as high as in the first round of voting.

She said round two was likely to be a much tougher race than the previous round, especially in the Muslim Brotherhood’s heartland, the Nile Delta.

“This is going to be a very important test, especially for the liberals … Will they be able to make a comeback?” Rageh said. “For the first time, we’ve seen the liberals come together in a semi-formal co-ordination [in the lead-up to the second round].”

The second round of voting, which continues through Thursday, will decide 180 seats in the 498-seat lower house. The third and final round is scheduled for early January.

Some 18.8 million Egyptians are eligible to cast their ballots with voting taking place over two days followed by run-off votes where necessary a week later.

Voters are required to cast three ballots: two for individual candidates and one for a party or coalition, in the assembly’s 498 seats.

The Muslim Brotherhood had been widely forecast to triumph as the country’s most organised political group, well known after decades of charitable work and its endurance through repeated crackdowns by the Mubarak regime.

“For a strong parliament, which meets the demands, the concerns and the priorities of the people, let’s continue,” the movement’s Freedom and Justice Party (FJP) said on its official Facebook page.

A policeman admonished voters not to campaign for candidates or talk about their preferences, but some were eager to explain why they were voting for the FJP.

“They have political experience and they are moderate,” Abdel Halim, a government employee, said.

Another voter said, however, the Brotherhood would damage tourism.

“They’re going to ruin it and they’ll ban going to the beach,” he said.

Abdel Halim scorned him: “You want to sit on the beach. We want to work for our country,” highlighting a source of tension between Islamists and secularists.

Much remains unclear about how the new parliament will function and whether it will be able to resolve a stand-off with the armed forces over how much power they will retain under a new constitution to be written next year.

After the voting for the lower house of parliament, which will end in January, Egyptians will then elect an upper house in a further three rounds of polls. 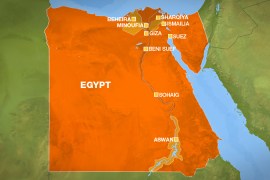 Liberals scramble to regroup as Salafis and the Muslim Brotherhood compete in the second round of parliamentary voting. 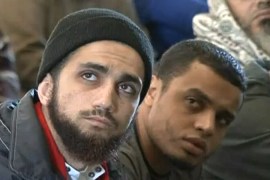 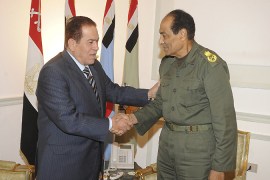