A Saudi woman has been beheaded after being convicted of practising sorcery, which is banned in the conservative Gulf kingdom, the country’s interior ministry said.

Amina bint Abdul Halim bin Salem Nasser was executed on Monday in the northern province of Jawf for “practising witchcraft and sorcery”, the ministry said in a statement carried by SPA, Saudi Arabia’s state news agency.

The ministry gave no further details of the charges for which the woman was convicted.

London-based newspaper al-Hayat quoted a member of the Saudi religious police as saying Nasser was in her 60s. The official claimed she had tricked people into giving her money, claiming that she could cure their illnesses.

According to the report, she apparently charged up to $800 a session.

Amnesty International said the beheading brought the number of executions in the kingdom to 73 this year. Another woman was beheaded in October for killing her husband by setting his house on fire.

There are no available statistics on how many women have been executed in Saudi Arabia.

“The charges of ‘witchcraft and sorcery’ are not defined as crimes in Saudi Arabia”, Philip Luther, Amnesty’s interim director of the Middle East and North Africa, said.

“To use them to subject someone to the cruel and extreme penalty of execution is truly appalling,” he added in a statement, which stressed the “urgent need” to stop executions.

Rape, murder, apostasy, armed robbery and drug trafficking are all punishable by death in Saudi Arabia.

Saudi Arabia is an absolute monarchy with no written criminal code. Its law is based on a form of Islamic sharia law, as interpreted by the country’s judges.

Amnesty has reported that Saudi Arabia executed 27 convicts in 2010, compared to 67 executions announced the year before. Luther described the increasing number of executions in Saudi Arabia as “deeply disturbing” .

Many of those executed have had no defence lawyer and are not informed about the legal proceedings against them, according to Amnesty.

“While we don’t know the details of the acts which the authorities accused Amina of committing, the charge of sorcery has often been used in Saudi Arabia to punish people, generally after unfair trials, for exercising their right to freedom of speech or religion,” Luther said.

Earlier this month, Amnesty accused the oil-rich kingdom of conducting a campaign of repression against protesters and reformists since the Arab Spring erupted 12 months ago.

The rights group said Saudi Arabia was one of a minority of states which voted against a UN General Assembly resolution last December calling for a worldwide moratorium on executions. 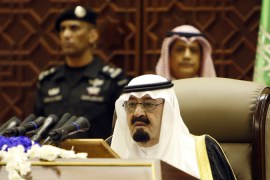 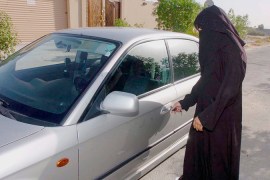 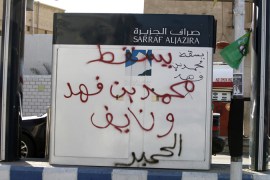 Amnesty International says peaceful acts of dissent could be prosecuted as “terrorist crime” under proposed law.