Canada’s government has banned the wearing of face veils at ceremonies for new citizens, with the country’s immigration minister saying that many Canadians feel misgivings about Islamic face coverings such as the burqa and niqab.

Announcing the ban on Monday, Jason Kenney, the immigration minister, said new Canadians should take the oath in view of their fellow citizens.

Kenney said at he had received complaints from politicians and citizenship judges who said it was difficult to ensure that individuals whose faces were covered were actually reciting the oath.

The Conservative minister said the issue was a matter of deep principle that went to the heart of Canada’s identity and the country’s values of openness and equality.

“Most Muslim Canadian women I know find the practice of face covering in our society disturbing, indicative of an approach to women that is not consistent with our democratic values,” Kenney said.

Kenney made the announcement in the French-speaking province of Quebec, which has experienced heated debates over how much Canada should bend to accommodate newcomers.

Kenney said his government would not go further by drafting laws to ban women from wearing veils that cover their faces in public.

France became the first country to enact a law designed to forbid face-covering veils such as the niqab or burqa anywhere in public. Violators risk fines or being ordered to take citizenship classes.

“We shouldn’t have the state using its power to dictate what people choose to wear in their private lives, but when there are important points of intersection with the state in obtaining state services I think it’s entirely reasonable for people to show who they are,” Kenney said.

About 940,000 Muslims live in Canada, about 2.8 per cent of the Canadian population, and Islam is the fastest growing religion in Canada. Over the last decade Canada has naturalised between 150,000 and 180,000 new citizens a year.

Ihsaan Gardee, the acting executive director of The Canadian Council of American-Islamic Relations, said the decision would have a damaging effect on Canadian democracy by forcing those who wear more conservative types of veil to choose between their religious convictions and adopting citizenship.

Gardee said a young, veil-wearing woman, who was scheduled to take part in a citizenship ceremony Tuesday, called his office and was no longer sure if she would attend.

But the Muslim Canadian Congress welcomed the new regulation and urged the Canadian government to go even further by banning the burqa and niqab from all public places in Canada.

The rule also takes effect as the Supreme Court of Canada hears the case of a woman who wants the right to wear a niqab while facing her accused rapists in court.

Kenney said the timing of Monday’s announcement was a coincidence. 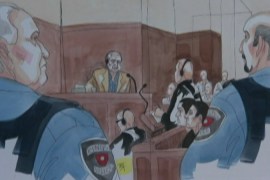 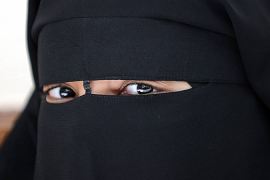 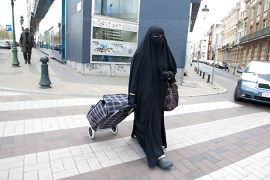 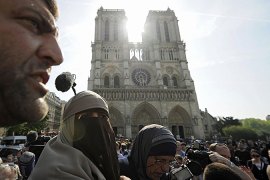