The US has vacated the Shamsi air base in Pakistan’s Balochistan province after a 15-day ultimatum given by Islamabad, prompted by the deaths of at least 24 of its soldiers in a NATO air raid last month.

Sunday’s withdrawal was completed when the final flight carrying US personnel and equiptment flew out.

Shamsi was believed to be the staging post for US drones operating in northwest Pakistan and neighbouring Afghanistan.

Meanwhile, a senior Pakistani military official told a US television network on Sunday that his country “will shoot down any US drone that enters its territory”.

Al Jazeera’s Kamal Hyder, reporting from Islamabad, said that Pakistani parliamentarians had “asked their air chief whether they had the capability to shoot down the drones if they were to violate their frontiers”.

“The air chief told them point blank that the decision to shoot down the drones was a political one and if they were ordered to do so they would comply,” he said.

Al Jazeera’s Islamabad bureau reports that the Pakistani military has confirmed that “border posts have been beefed up with air defence weapons systems to thwart any intrusion or offensive action from across” the border.

Pakistan has also shut a vital NATO supply route into Afghanistan, calling the incident on November 26 in which its troops died in an air strike by the miliary alliance on a border post “a deliberate act of aggression”.

The decision regarding the Shamsi base was taken last month after Yousuf Raza Gilani, Pakistan’s prime minister, called an emergency meeting of his military chiefs.

At the time, the foreign ministry also summoned Cameron Munter, the US ambassador in Islamabad, to “lodge a strong protest” against the attack.

A Pakistani parliamentary committee has ordered a complete review of all strategic agreements with Washington, and top officials said that the goal was to draft a new set of “terms of engagement” with the US.

Islamabad has remained adamant over the closure of the air base despite the Obama administration’s pledge to conduct a full investigation into the attack.

In a telephone conversation with US Secretary of State Hillary Clinton on November 27, Hina Rabbani Khar, Pakistan’s foreign minister, said such attacks were “totally unacceptable”. 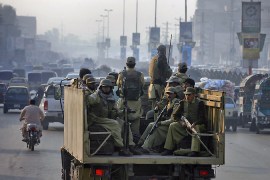 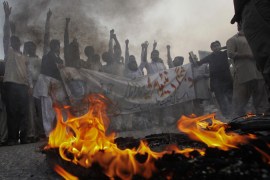 Foreign minister tells US secretary of state that incident that left 25 soldiers dead is “totally unacceptable”. 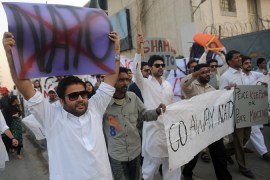 US secretary of state expresses condolences to PM over deaths of 24 Pakistani border troops killed in NATO air strike.