Japan has launched a new spy satellite into orbit amid concerns over North Korea’s missile programme and to monitor natural disasters in the region, officials said.

The Japanese H-2A rocket, carrying an information-gathering radar satellite, lifted off at 0121 GMT on Monday from the Tanegashima Space Centre in southwestern Japan.

“The rocket was launched successfully,” said Toshiyuki Miura, a spokesman for Mitsubishi Heavy Industries (MHI), which built the satellite and worked on the launch with the Japan Aerospace Exploration Agency (JAXA).

“The satellite was separated into orbit around the Earth later.”

The government decided to build an intelligence-gathering system after North Korea launched a missile in 1998 that flew over the Japanese archipelago and into the Pacific, shocking many in Japan.

In defiance of international pressure, North Korea then launched what was believed to be a three-stage Taepodong-2 missile in April 2009, with an estimated range of 6,700Km.

Japan has three operating optical satellites. Two radar ones were successfully placed into orbit, but both broke down later. Another optical satellite was launched in September, but is not yet functioning.

“The project is aimed at boosting security and monitoring land in case of sizable natural disasters like the one in March,” a government official said, adding that the current three satellites were used to track the March calamity.

“If everything goes smoothly, it will be the first radar satellite under the programme,” the official said. “With the radar satellite, we can introduce wider usage of the system.”

Radar satellites are able to capture images at night and in cloudy weather, something that optical satellites cannot.

JAXA and MHI had originally planned to launch the satellite on December 11, but it was postponed due to bad weather. 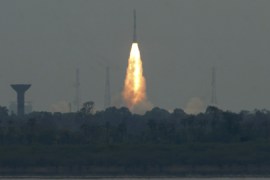 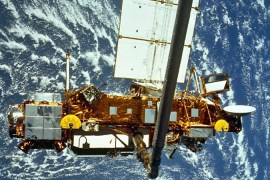 Scientists do not know exactly where and when pieces of the research satellite will hit the Earth. 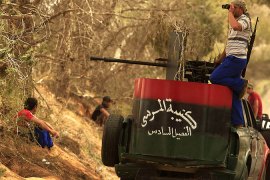 Libya’s third largest city has been at the centre of a vicious tug-of-war between Gaddafi troops and rebel fighters. 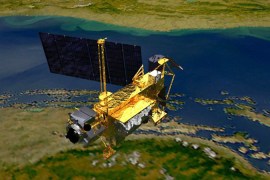 NASA satellite plummets over the Pacific

Space experts have a “good feeling” no one was hurt but are uncertain whether it mostly fell onto land or water.