Dominique de Villepin, the former French prime minister, has announced that he plans to take on Nicolas Sarkozy, his conservative rival and current French president, in next year’s presidential election.

The 58-year-old, who was Sarkozy’s main contender for leadership of the centre-right before the last election in 2007, will be running as an independent.

“I have decided to be a candidate in the 2012 presidential election,” he told France’s TF1 television on Sunday.

“I intend to defend a certain idea of France … I have a conviction: the 2012 meeting will be a meeting of truth, courage and will.”

De Villepin is unlikely to win a large number of votes, analysts say, but his presence in the race could draw some support away from Sarkozy.

LH2, a polling company, said on Sunday that de Villepin would get about one per cent of the vote, down from two per cent in its November 20 poll.

“I don’t believe that the truth is on the right, on the left or in the centre. I believe it’s a mistake that in presidential elections we turn to political parties,” de Villepin said.

As he launched his bid, de Villepin said he was “worried” to see “France humiliated by the law of the markets which imposes more and austerity”.

“I have confidence in the ability of the French people to discern what is  in the public interest and to what point, more than ever, national unity is required of us all,” said de Villepin.

“Ten years is too long” for the country to be ruled by Sarkozy, he said, accusing the president of abandoning French interests.

“Today we are losing a large part of our sovereignty. We are aligning ourselves with interests that are not those of France. I believe one needs more courage than that.”

De Villepin quit Sarkozy’s UMP party in February and then published a political manifesto on his own.

He was cleared by an appeals court in September of being part of a smear campaign against Sarkozy in the run-up to the 2007 election.

Some in the country’s left-wing opposition Socialist Party see de Villepin’s candidacy as diluting support within the right.

“I don’t think it’s good news for us, but it’s bad news for Mr Sarkozy… The right is a bit more divided again,” said Andre Vallini, a Socialist senator.

Marine Le Pen, a far-right candidate, is expected to win between 13 and 20 per cent of the vote, possibly drawing some voters from Sarkozy’s base.

Socialist candidate Francois Hollande is currently polling at 31.5 per cent, according to LH2.

De Villepin is best known abroad for his role as foreign minister in 2003, under then president Jacques Chirac, when France opposed the US-led war in Iraq.

Members of the UMP party have been quick to urge de Villepin to abandon his bid for the presidency.

“Dominique de Villepin is a man on his own, without financial means, without a political movement… It is in the public interests of France [for the right] to form a bloc around the president,” said Nadine Morano, a junior minister with the UMP.

The first round of the presidential election will be held in April, with a potential second round scheduled for May. 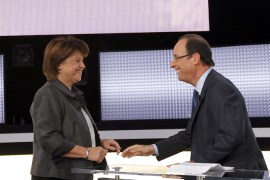 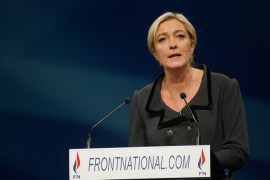 National Front leader aims to capitalise on the failures of both Sarkozy and Strauss-Kahn in her run for the presidency. 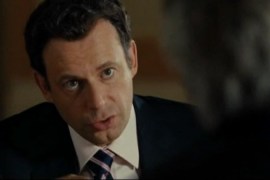 “La Conquete”, or “The Conquest”, is a less than flattering story on the French president.