UN tanks are patrolling Ivory Coast’s commercial capital, Abidjan, as polls open for parliamentary elections, the first such voting since a disputed presidential poll one year ago sparked months of violence.

Officials hope a calm election on Sunday will bring help bring stability and usher in a period of economic growth in the West African nation.

Violence erupted at the end of last year after the incumbent president at the time, Laurent Gbagbo, refused to step down in favour of the winner President Alassane Ouattara.

Gbagbo is awaiting trial at the International Criminal Court (ICC) on charges of four counts of crimes against humanity.

He is accused of being an “indirect co-perpetrator” of murder, rape, persecution and other inhuman acts.

Gbagbo’s Ivorian Popular Front party (FPI) has called for a boycott of the elections.

The FPI says the electoral commission is loyal to the new ruling party, and will manipulate the results, as sbout 950 candidates vying for 255 spots.

They also claim that the army under Ouattara’s command is leading a campaign of intimidation against their supporters.

For months, a UN peacekeeping mission has been carrying out educational campaigns over the vote.

The UN has deployed 7,000 troops to provide security, and 25,000 Ivorian police and military to guard the poll.

Thousands of people were killed in the months that followed the presidential poll last November, after Gbagbo refused to hand over power, claiming he had won.

The boycott by Gbagbo’s party is seen as a politically strategic move, as for months the party has said it would only participate if the government freed the former president and his allies.

Sylvain Miaka Ouretto, who now leads the FPI called the elections a “masquerade organised by the powers in place,” describing then as “not inclusive”.

Tens of thousands of his supporters are still in refugee camps in neighboring Ghana and Liberia where they fled after Ouattara’s forces seized this commercial capital. 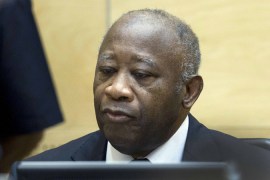 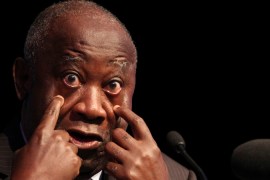