The six directors of a private hospital in the eastern Indian city of Kolkata have appeared in court charged with culpable homicide, after a fire broke out that killed 90 people on Friday. 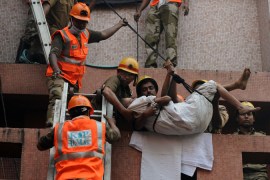 Six officials arrested on charges of culpable homicide after at least 88 people die in Kolkata. 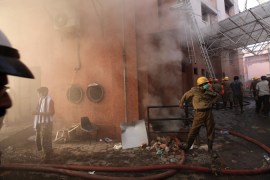 Six officials detained on charges of culpable homicide after at least 90 people die in Kolkata.