Iran has lodged a formal complaint to the UN over the entrance of a US drone “deep” into its eastern airspace last week, and aired footage of what it said was the high-tech US aircraft.

The Swiss embassy handles the US interests in the absence of Iran-US diplomatic ties.

The country called on the UN to condemn the “covert actions” that it said have increased and intensified in recent months.

In a letter to Ban Ki-Moon, the secretary-general, Iran’s ambassador to the UN, said his government considered the drone incursions “tantamount to an act of hostility” and “violations and acts of aggression”.

Iran “strongly protests the violation of an RQ-170 spy aircraft deep into its airspace,” the report said, adding that Tehran asked for “an urgent response and compensation from the US government”.

It did not elaborate.

Iranian media said late on Sunday that an RQ-170 unmanned aerial vehicle was shot down after making an incursion slightly into Iranian airspace. But no precise indication has been given by Iranian officials on where it crashed.

US media said the drone crashed in eastern Iran probably due to malfunction.

The RQ-170 Sentinel is a high-altitude stealth reconnaissance drone made by Lockheed Martin, whose existence was exposed in 2009 by specialised reviews and later confirmed by the US Air Force in 2010.

On Thursday, Iran’s foreign ministry said in a written complaint passed on to the Swiss ambassador that it holds “the US government fully responsible for this action, which is against all known international laws and regulations”.

Iran’s state television aired more than two minutes of footage of what it said was the captured drone on Thursday, showing what appeared to be an RQ-170 Sentinel in good shape and with little visible damage.

The footage showed a cream-coloured aircraft being examined by two commanders of the elite Revolutionary Guard, who are in charge of the country’s air defences.

The chief of the aerospace division of Iran’s powerful Revolutionary Guards, General Ami Ali Hajizadeh, said Iranian forces brought down the surveillance aircraft with an electronic ambush, causing minimum damage to the drone.

“It was downed through a joint operation by the Guards and Iran’s regular army,” he told state television.

He said Iranian experts were “well aware of what priceless technological information” could be gathered from the aircraft, without elaborating.

US media have reported fears in the United States that Iran could access and make use of highly-advanced technology found in the drone.

But a US official, who declined to be named, said on Wednesday that the United States had doubts “the Iranians have the expertise” to exploit the technology found in the wrecked vehicle.

The crash came at a time of heightened political tension over Iran’s disputed nuclear programme, which Iran says is for peaceful purposes. 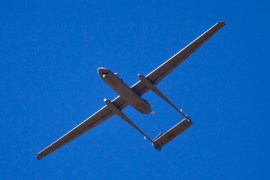 The rapid expansion of a drone arms race has emerged both domestically and abroad, leaving everyone vulnerable. 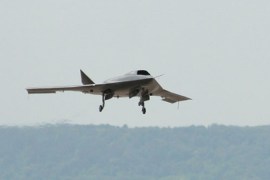 Washington says it fears Tehran may obtain classified information from stealth aircraft that Iran says it shot down. 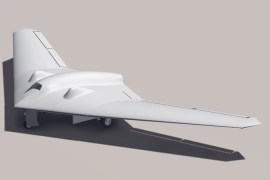 Drone ‘shot down’ in Iran may belong to US 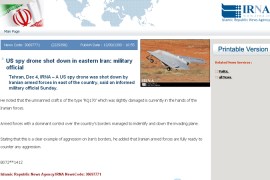 Iranian media reports US spy plane taken down whilst flying over eastern Iran, with help from cyber warfare unit.