International delegates are gathering in the German city of Bonn for a conference on the future of Afghanistan, but the absence of the Taliban and Pakistan from proceedings has raised questions about what the talks can achieve.

More than 100 national delegations and aid organisations will attend Monday’s conference, with Hillary Clinton, the US secretary of state, and Ali Akbar Salehik, Iran’s foreign minister, among the most high-profile participants.

The meeting comes a decade after a conference in the same German city installed Hamid Karzai as Afghan president in the wake of a US-led invasion which removed the Taliban from power in Kabul.

But leaders of the Taliban, who have since waged a decade-long fight against Afghan and international coalition forces, will not attend, saying the meeting will “further ensnare Afghanistan into the flames of occupation”.

Pakistan is also boycotting the event after an airstrike by NATO troops stationed in Afghanistan killed 24 Pakistani soldiers last week.

Islamabad is considered key to bringing the Taliban to the negotiating table due to its historic ties with the fighters.

The absence of two major players has dampened expectations of progress on reconciliation among ordinary Afghans as well as officials.

Fazal Rahim, a 37-year-old money exchanger in Kabul, said: “The Afghan government and the international backers should encourage the Taliban to take part in this conference because the Taliban are part of this land and without their participation, the Bonn conference will not give positive results”.

Their non-attendance also risks making Bonn part of what Sherard Cowper-Coles, a former British ambassador to Kabul, called the “charade” of international conferences on Afghanistan, dogged by “diplomacy for diplomacy’s sake”.

NATO and the UN may dispute whether violence is up or down in Afghanistan, but a string of high-profile attacks on international and government targets in Kabul has fed perceptions that security is declining.

“What everybody expects is to find ways to bring security and stability to Afghanistan,” said Ahmad Wali, a 29-year-old economics student in the city.

With countries contributing to the NATO-led international coalition determined to withdraw combat troops by the end of 2014, diplomats in Kabul earlier this year talked of the possibility of Taliban attending Bonn as part of a single Afghan delegation.

But such hopes were dashed after tentative contacts collapsed and the assassination of President Hamid Karzai’s peace envoy, Burhanuddin Rabbani – blamed on the Taliban – derailed any prospects of progress.

Diplomats now say western powers’ relationship with Afghanistan after 2014 and the transition to Afghan control will dominate the conference agenda.

Another diplomat, speaking on condition of anonymity, was more blunt.

“Nothing will happen at Bonn regarding the Taliban,” he said.

Organisers are playing down expectations that the conference will rival one exactly 10 years ago which established an interim administration led by Karzai and mapped out a roadmap for elections.

On December 7, 2001, soon after that conference, the Taliban surrendered Kandahar, their heartland and last major Afghan stronghold.

But some argue that decisions taken at the 2001 Bonn conference caused some of the problems facing the country today.

Cowper-Coles wrote this year in his memoirs that the conference had been “a victor’s peace from which the vanquished had been excluded”.

Whether or not the Taliban could have been persuaded to attend, there is a growing feeling that Afghanistan’s problems are now too serious to be solved by a very public international meeting.

“The tough work on resolving conflicts like these necessarily takes place behind the scenes,” Brian Katulis, a senior fellow at the Center for American Progress think-tank, wrote last month.

Open meetings “are the least likely arenas to address some of the thorniest issues at the core of the conflict, including the role played by neighbours such as Pakistan and Iran and the diplomatic strategy for dealing with [the Taliban]”. 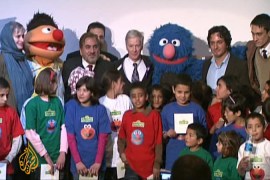 An Afghan version of Sesame Street set up in Afghanistan, where half of the schools lack buildings. 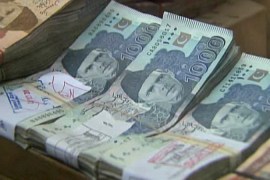 Security service said to be highly active in Afghan city as part of Islamabad’s bid to check Indian influence. 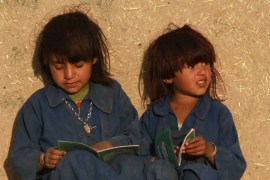 One in 10 children will die before the age of five, finds survey conducted by Afghanistan’s ministry of public health. 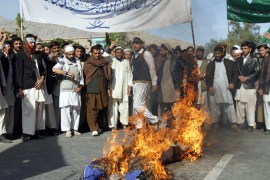 Afghans protest against long-term US pact

More than 1,000 students demonstrate against decision to back agreement that would allow US troops to remain after 2014.