The UK’s high court has ruled that Julian Assange, the founder of WikiLeaks, can appeal to the country’s supreme court against his extradition to Sweden where he is wanted for questioning over alleged sex crimes.

Swedish authorities want to question the Australian over accusations of rape and sexual assault made by two female former WikiLeaks volunteers during a visit there in August 2010.

Assange, who has been living in the UK since his arrest there in December last year, denies wrongdoing.

The 40-year-old spent nine days in London’s Wandsworth prison after his arrest last year. He was freed a week before Christmas on bail and has since been living at the country house of a wealthy supporter in eastern England.

His arrest came shortly after WikiLeaks published thousands of secret US diplomatic cables that included unflattering views of world leaders and candid assessments of security threats.

Assange lost his last attempt to avoid being sent to Sweden on November 2 after two high court judges upheld a previous ruling.

The application to take the case to the supreme court rested on two legal questions: whether the warrant for Assange’s arrest was valid, and whether he could be considered an “accused” person as required under extradition laws when no decision had been taken over whether he would be prosecuted.

If his appeal to the supreme court, the UK’s highest judicial body, fails, Assange could take his case to the European Court of Human Rights in Strasbourg, further prolonging his stay in the UK.

In 2010, WikiLeaks posted 391,832 secret papers on the Iraq war and 77,000 classified US defence department documents on the Afghan conflict.

It has also made available about 250,000 individual cables, daily traffic between the US State Department and more than 270 US diplomatic outposts around the world. 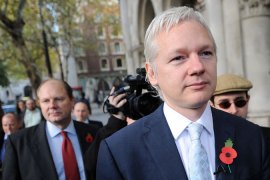 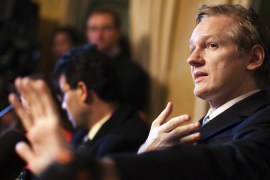 WikiLeaks founder to learn whether he will be sent to Sweden for questioning over sexual assault allegations. 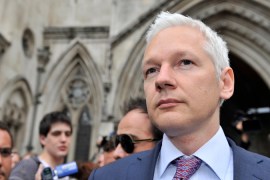