Michael Jackson’s personal doctor has been found guilty of involuntary manslaughter in the singer’s death following a six-week trial.

Dr Conrad Murray had pleaded not guilty to giving the 50-year-old singer a fatal dose of propofol, a powerful anesthetic, which was ruled as the main cause of the pop star’s June 25, 2009 death.

Prosecutors had argued Murray was grossly negligent in administering propofol to help Jackson sleep. Defence attorneys claimed Jackson delivered the fatal dose of propofol to himself.

Murray, 58, did not testify at the Los Angeles trial and could face up to four years in prison when the judge decides his sentence at a later date.

Murray swallowed briefly upon hearing the verdict on Monday, but otherwise looked impassive. Outside the court, more than 100 Jackson fans erupted in cheers.

The jury deliberated for about nine hours before reaching its unanimous verdict.

The reclusive singer was found lifeless at his Los Angeles mansion on June 25, 2009 about three weeks before he was scheduled to begin an eagerly anticipated series of comeback concerts in London.

Paramedics tried to revive the singer and rushed his body to a hospital where he was pronounced dead. His death was ruled to have come from an overdose of sedatives and propofol, which is normally used in surgery.

Murray admitted giving Jackson a small dose of propofol to help him sleep. But his lawyers argued at the trial that the singer was dependent on the drug and that Jackson likely gave himself a extra, fatal dose of the powerful anesthetic, as well as swallowing a handful of sedatives, without Murray’s knowledge.

Prosecutors argued Murray was guilty of gross negligence for administering the powerful drug in a home setting, failing to monitor Jackson, delaying calling emergency services, and failing to tell medical personnel he gave the singer propofol. 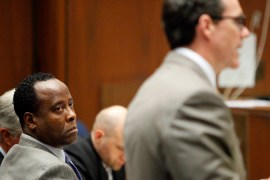 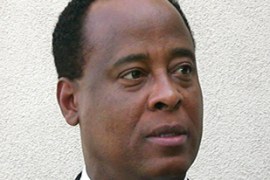 Coroner says singer had lethal levels of anaesthetic propofol in his body. 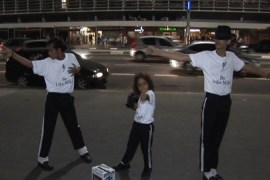 We speak to a family inspired by the pop star on the second anniversary of his death.