The man internationally known as Carlos the Jackal has gone on trial for four deadly attacks in France in 1982 and 1983.

Already convicted in 1997 of a triple murder in Paris, and serving a life sentence, the 62-year-old Venezuelan whose real name is Ilich Ramirez Sanchez went before a special court on terrorism-linked charges on Monday.

The now-greying Ramirez, who has described himself as a “professional revolutionary”, is charged with instigating the attacks that killed 11 people and injured 140 others, and with complicity in murder and complicity in destruction.

He denies any role in the attacks.

“He’s in a fighting mood as always,” Isabelle Coutant-Peyre, Ramirez’s lawyer and wife, told reporters outside the courtroom before the trial began.

She said there was “no reason” for the trial nearly 30 years after the events, and accused French prosecutors of putting him on trial for “propaganda or some other interests rather than ones of justice”.

Three other suspected accomplices are being tried in absentia; Palestinian Kamal Al-Issawi and Germans Christa-Margot Frohlich and Johannes Weinrich, the alleged head of European operations for Ramirez and one-time member of Germany’s Red Army Faction.

The trial, which follows an initial investigation in the 1980s, is set to last until December 16.

In the run-up to his trial, Carlos boasted in an interview with Venezuelan newspaper El Nacional of committing more than 100 attacks that claimed up to 2,000 lives.

Asked about civilian bystanders who lost their lives in his attacks, he told the paper: “There were very few. I calculated that they were fewer than 10 per cent.

Ramirez is the chief suspect in the 1975 seizure of OPEC oil ministers and in the 1976 Palestinian hijacking of a French airliner to Entebbe, Uganda, which ended with an Israeli commando raid.

Doubt has been cast on his alleged role in the massacre of Israeli athletes at the 1972 Munich Olympics. But his links to hijackings, bombings and killings reflect the multiple causes Ramirez took on, from his years with the Popular Front for the Liberation of Palestine to his role in extreme-left European groups.

Shadowy alliances that thrived during the Cold War kept him out of reach of Western secret services. Yet following the end of the Cold War, French operatives captured him in 1994 in Khartoum, Sudan, and flew him to Paris.

Prosecutors suspect the hand of Ramirez behind two 1982 attacks on French soil that they claim were carried out to pressure the government to free his girlfriend, Magdalena Kopp, whom he later married and had a daughter, and a comrade Bruno Breguet.

Five people were killed in the March 29, 1982 bombing of a Toulouse-Paris train, just days after a deadline for the release of Kopp and Breguet sent in a letter to the French embassy in the Netherlands.

The letter allegedly contained two fingerprints of Ramirez. One person died in the April 22, 1982, attack outside the Paris office of an Arab-language newspaper, the day Kopp and Breguet went on trial in another case. Both were convicted.

Ramirez is also suspected in two attacks in 1983.

A group calling itself the Organisation for the Arab Armed Struggle claimed responsibility for two New Year’s Eve attacks in 1983, one on a Marseille train station which killed two people and another on a fast train in eastern France which killed three.

Again, Ramirez’s fingerprints were allegedly lifted from one of two letters claiming responsibility.

Ramirez went on a hunger strike between October 18 and 27 to protest against being banished to solitary confinement after he gave a telephone interview to the French radio station Europe 1.

His lawyers claim that he was denied access to materials needed to prepare for the trial, including two DVDs containing 100,000 pages. It was unclear whether such claims might become a source of disruption. 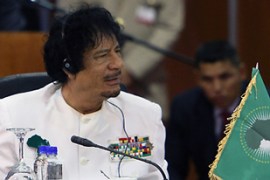 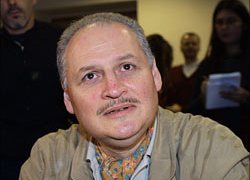