With 650,000 people rendered jobless due to the worst flooding in the nation, the economic toll of Thailand’s flooding are now reaching the rest of the Asian continent. Rice crops buried deep under water are likely to increase food prices across the world’s largest continent. 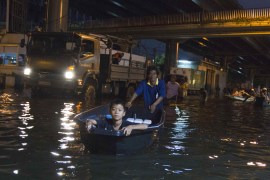 Angry residents on city’s outskirts break down part of floodgate in bid to drain water from their homes. 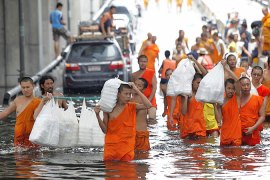 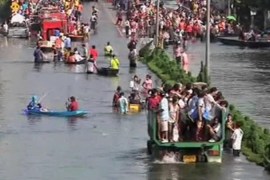 Efforts to keep floodwaters from central Bangkok appear to be working, but there is now a bigger worry.

Thailand may see an ease in flooding that is the worst to hit it in half a century, submerging much of its land.