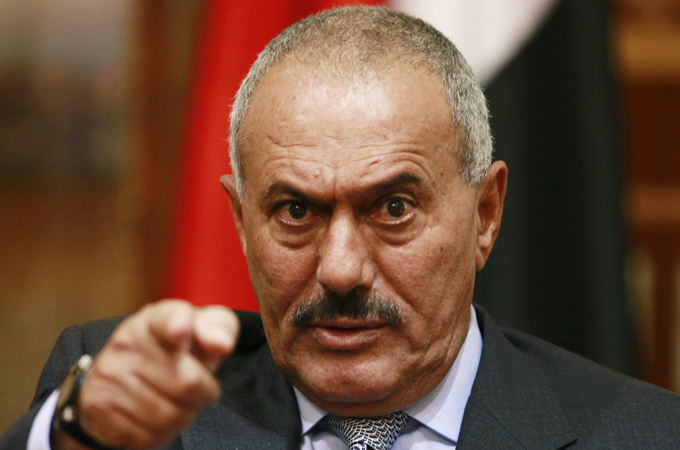 Voters will pick a replacement for longtime president Ali Abdullah Saleh, who formally handed power to his deputy this week [Reuters]

Yemen will hold presidential elections on February 21 in line with a power-sharing deal the country’s president signed earlier this week, according to the official SABA news agency.

The deal, which President Ali Abdullah Saleh signed in Riyadh on Wednesday, called for presidential elections within 90 days. They had originally been scheduled to take place in 2013.

Under the terms of the deal, Saleh also handed over power to his deputy, Abdrabuh Mansur Hadi, though he retained the honorary title of president. Hadi made the announcement on Saturday about elections.

Saleh, in return, would receive immunity from prosecution, a provision which has been deeply unpopular amongst many members of Yemen’s opposition. The signing was met with protests in Sanaa.

Saleh, who has ruled Yemen for 33 years, resisted months of popular protests aimed at toppling his government. He promised on several occasions to sign the power-sharing deal, which was mediated by the Gulf Co-operation Council of neighbouring states, but each time found a reason to back out.

Fighting between the government and various factions continues in spite of the agreement: Earlier on Saturday, the Yemeni military said it killed 80 people during an airstrike on the village of Arhab, about 40km from the capital Sanaa.

The village has been the site of clashes for days: Anti-government tribesmen seized a Republican Guard base earlier this week, and the Yemeni army has been trying to retake it.

Airstrikes were reportedly carried out on Friday, as well, but casualty figures were not available.